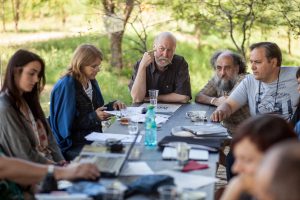 Situated on the idyllic Danube River in Romania on the borders of Bulgaria and Serbia, this almost multi-national destination was both the most picturesque and culturally relevant place to celebrate new and old Balkan film and food. Landmark retrospectives and cutting edge independent shorts were accompanied on a daily basis by the culinary expertise of Arza Murat Sabrieva, Jana Levenuva Gontici, and Mircea Groza, who laid on traditional Turkish spreads and authentic Roman cuisine. 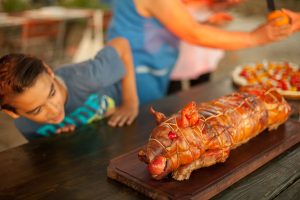 The selection of films at Divan 2014 was particularly varied – an all-inclusive programme of comedies, retrospectives, shorts, animations, and documentaries about or from the perspective of different people and cultures of Balkan life. One of the highlights included the 20th anniversary of AN UNFORGETTABLE SUMMER (1994), screened on the banks of the Danube and attended by director Lucian Pintilie himself. Another was the retrospective screening of landmark Yugoslavian drama OCCUPATION IN 26 TABLEAUX (1978), which was accompanied by a more recent documentary on the subject, OCCUPATION, THE 27TH TABLEAUX (2013). Pavo Marinkovic, feature film and documentary film-maker, was in attendance of both screenings and provided a unique and insightful account of the background to one of the most violent films in the history of ex-Yugoslavian cinema.

Many new Balkan films were also celebrated. Independently financed Bulgarian comedy RAPID RESPONSE CORPS 2: NUCLEAR THREAT (2013) was screened as the opening film to the festival having received significant commercial success in its native country, and mirrored such success with the audience at Divan. Others included a selection of short films by emerging film-makers including a haunting Turkish production TIGHT SPACE (2013, Hasan Demirtas, Pinar Demiral), a poignant and hard-hitting short from Serbia-Switzerland RED SNOW (2013, Lika Popadic, Vladan Obradovic), and Mihai Sofronea’s deeply existential film THE TREE (2013).

Some unique and eloquent new documentaries also arose from the woodwork of the festival, including LOVE & ENGINEERING (2014, Bulgaria-Finland-Germany, Kaarle Aho, Tonislav Hristov) with the participation of producer Martichka Bozhilova. This particular documentary fuses the heart-rending drama of love with the comedy that inevitably follows when trying to calculate the best way to find it. Another popular documentary to screen at the festival was LITTLE LAND (2013, Greece-France, Nikos Dagiadas), an optimistic view of contemporary life which follows the inhabitants of Greek island Ikaria in an attempt to examine why they command such happiness and longevity. 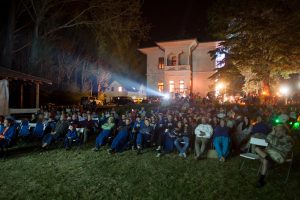 Apart from wonderful films and food, the festival celebrated the 3rd edition of its academic symposium this year on the theme of Heroes and Anti-Heroes. The two-part symposium, chaired and moderated by world-specialists in Balkan film Dina Iordanova and Marian Tutui, attracted papers from international specialists including editors and academics Nevena Dakovic, Dana Duma, Ana Grgic, Lydia Papadimitriou, and Wang Yao. Heroes and anti-heroes were examined and dissected from the Romanian New Wave to Greek revolution films and propaganda documentaries. These stimulating discussions gave the festival a real sense of academic substance which is so rare at many more commercial film festivals today. 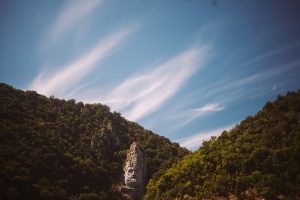 Finally, the festival’s guests had the opportunity to take a luxurious day cruise down the Danube river to see landmarks of the Romanian and Serbian coastlines. The perfect weather, beautiful scenery, and engaging company were the perfect accompaniment to the festival.

For a critic from the UK to be given such an authentic taste of Balkan film, food, and culture was both exhilarating and inspiring, and a definite reminder that we must not disregard the unique and provocative filmic output from Balkan countries as their reputation for contemporary film continues to grow in the western European cultural consciousness.