A slick, entertaining, action thriller that focuses on a bunch of protagonists who also happen to be talented magicians, Now You See Me is as full of easy distractions and sleight of hand as the main characters it allows viewers to spend so much time with. The script by Ed Solomon, Boaz Yakin and Edward Ricourt takes a number of good ideas, adds plenty of razzle dazzle and then allows director Louis Leterrier to top everything off with some unnecessary flourishes and plenty of polish. If you can imagine a superb piece of street magic passed on to a talented stage magician and then again passed on to David Copperfield, that’s a good way of envisioning how the material here seems to have been treated. 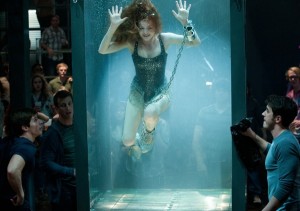 Jesse Eisenberg, Woody Harrelson, Isla Fisher and Dave Franco are the four magicians brought together by some mysterious puppet master with a grand plan. Eisenberg plays a man with talent that almost matches his ego, Harrelson is a mentalist (in the world of magic, I’m not just hurling around derogatory insults), Fisher used to be a glamorous assistant but is now a decent illusionist herself and Franco is, perhaps, the most nimble-fingered of them all. When these four perform together on stage they do more than just amaze audiences with their tricks. They somehow manage to rob a bank. The police (in the form of a cynical cop Mark Ruffalo and a more open-minded Interpol agent, Melanie Laurent) have to figure out just how the crime was committed, and how they can bring the criminals to justice. They hope to gain some insight from Thaddeus Bradley (played by Morgan Freeman), a man who has spent most of his life debunking magicians and revealing their secrets. But is Bradley in on whatever grand plan is unfolding? Or is everything being orchestrated by Arthur Tressler (Michael Caine), the rich backer who bankrolls the four magicians in exchange for the good publicity it affords him? Maybe it’s someone else, or maybe it’s one of the four magicians keeping a big secret from the other three. Perhaps it’s best not to look too closely at everyone “because the closer you think you are, the less you will actually see.” 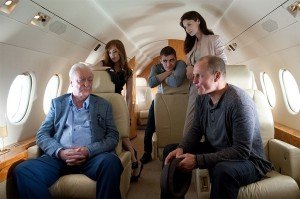 I had a fun time with Now You See Me while it was on, I really did. But as soon as the film ended I realised that I wouldn’t rush to see it again. Ironically, many of the cinematic tricks were too obvious, the feigns and distractions all too easy to recognise for what they were. 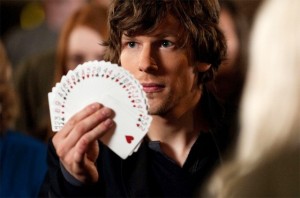 The big plus point is the cast, all doing a fantastic job. Eisenberg can play the cocky lad in his sleep, and adds another semi-douchebag to his list here, Harrelson is the most fun (which has happened a lot recently, he’s obviously having a blast at this point in his career), and Fisher and Franco are both fine with their place in the group dynamic, although both are sold ever so slightly short. Ruffalo and Laurent both do great work, with the former particularly amusing as he grows more and more exasperated with the magicians that he knows are somehow guilty. Caine and Freeman acquit themselves well, happily breezing through their scenes as the elderly statesmen of cinema that they are. 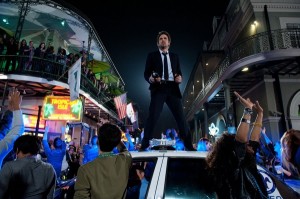 What would have made Now You See Me a much more enjoyable experience is simple. Real magic. I’m sure that there are some nice moves on display here, but everything is added to in a way that makes each scene overly complicated and a little bit ugly. The camera dips and rises and swoops around the main characters and their audience during a major stage show, the tricks are all taken one step further (making them just too impossible, sadly) and the props and sleight of hand work don’t do enough to cover up the huge plot holes that become easier to spot as the plot unfolds. 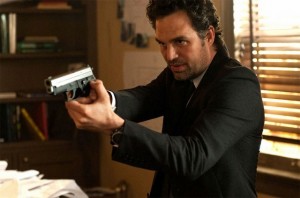 Of course, when watching a magic show you have to suspend your disbelief. The same thing is true when you watch movies. It just so happens that with this movie you may find yourself trying a lot harder, and even struggling, to suspend that disbelief. But it has enough spectacle to just about make it worthwhile.

Now You See Me hopes to lose none of its magic when it hits Blu-ray and other formats here in the UK on October 28th. 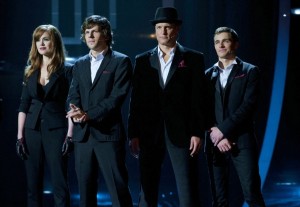