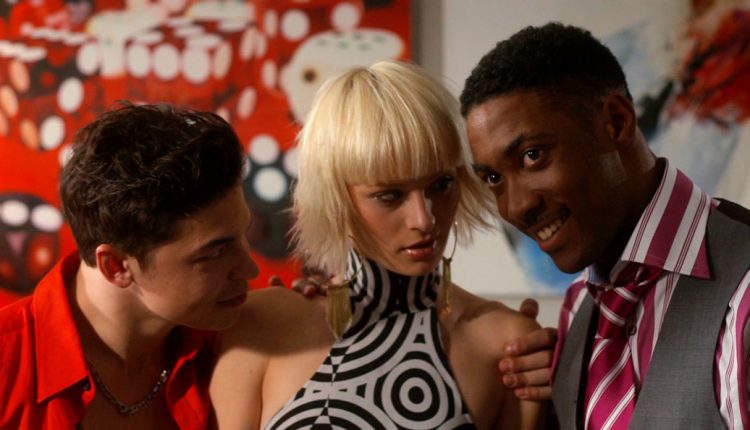 It must be noted that British independent cinema is very much alive and well. The new and fresh talent out there are like wet sponges waiting to be absorbed. Writer/director Naeem Mahmood has created something spectacular, scintillating and superb. Brash Young Turks is a great addition to the British urban drama genre. It has its influences from Kidulthood and Ill Manors, and yet manages to pull off originality through excellent use of characterisation and a theme of striving to climb the ladder of hierarchy.

A new breed of daring, young go-getters refuse to be constrained by the conventional laws of society as they fight against oppression, greed and prejudice. This is the notion of what defines a ‘Young Turk.’ In order to succeed, a mixture of astuteness, robustness and hustle must arise. It is clear and evident that the three young teenage characters we meet at the start will mature and evolve for better or for worse. The cards they play throughout the course of the film will determine the outcome of their destiny. Hence the audience go along for the roller coaster ride to see how their fate unfolds and who will get out alive.

Mia (Melissa Latouche) is a teenager growing up in a seedy underworld of London. Being let down by her parents and the care system, the audience admire her bravery and ambition to rise and have a true purpose for the world. Be that as it may, the morals and messages culminate with Mia’s choices of friends. That moral is to never chase the people who hurt you, but to replace them with the people who care. Terrell Mackintosh (Paul Chiedozie) will be that lover in whom she will be infatuated with and once rejected, a love triangle transpires with CCTV salesman, Jimmy (Tom Bott). Both male leads carry a strong presence. Terrell the brash young con artist in the property market has plans to conquer the world and makes the audience indecisive whether to support his corruption or not. However, it is clear to sustain a fondness for Jimmy as his true love and caring feelings for Mia influence the audience for these two to uphold their relationship.

To observe the supporting characters interfere with this love triangle is a contentment of why this film must be viewed. The coolness, the action and drama capture the urban elements of London perfectly. Naeem Mahmood must be commended for capturing an urban drama on screen, not with the typical grittiness and darkness, but more rather with bright colours and sunny texture that metaphorically imply that hope and prosperity must progress within these flawed characters. It must also be stated that every independent film must have at least one actor of experience. Therefore the Game of Thrones star Julian Glover, has a scene between Jimmy and a pushy salesman selling an OAP useless CCTV, that comes across as touching, sentimental and teaches the audience that not all young people are hustlers but more rather have principles for the elderly as they must be protected by friendship rather than machinery.

Overall Brash Young Turks is not only brash, but bold and brilliant. It is a British urban drama that focuses on the grittier aspects of city life; depicting the violent reality of the streets of London. But what will it take to rise out of that deficiency? It will take a good viewing of the film to find out as it is a film truly worth a watch.