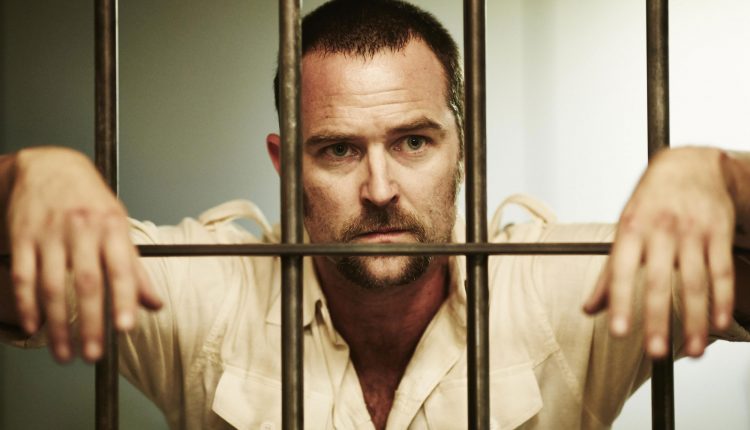 An Australian thriller with the potential to explode into violence at any moment. That’s what Cut Snake is. It covers very familiar ground, right up until it starts to head offroad at about the halfway point. And one revelation changes the dynamic of the whole film, making even the more predictable moments in the second half play out in a slightly fresh, twisted way.

Sullivan Stapleton plays a man who lets most people call him Pommie. You can sense from the very first scene that he’s . . . . . . a bit scary, to use the technical term. And when he turns up on the doorstep of young Sparra (Alex Russell) you just know that it’s not long until there’s trouble. Pommie and Sparra used to know each other, obviously, but it seems as if Pommie is the only one wanting to maintain contact. Sparra is especially keen to keep some distance between his old pal and his lovely fiance, Paula (Jessica De Gouw), but what doesn’t he want her to find out? And why has Pommie come back into his life now?

Some high praise is due to writer Blake Ayshford for hand-picking some modern cinema archetypes and turning them upside-down in a way that will genuinely surprise viewers without ever feeling like a cheat. It also helps that he’s written Pommie as a charming “rough diamond”, which makes it easier to believe his slick way of mixing half-truths and fake humility. Sparra and Paula are also both well-written, although the third act does stretch things slightly with the way characters react to certain developments.

The script is improved upon by the performances, with Stapleton giving the kind of star turn that it’s all too easy to rave about. But he deserves any such raving, moving through each scene with a strange combination of intimidation, anger, and surprising sweetness (yes, you read that right). Russell can’t possibly match him, and he doesn’t have to. He’s the lesser man, he’s the youngster, and he does just fine with his role. De Gouw is very likeable and just tough enough, and Megan Holloway tries her best in a weaker role, playing a friend named Yvonne.

Tony Ayres is the man in the director’s chair, and all he really has to do is not screw anything up. Or so it seems. He doesn’t, thankfully. This isn’t a film packed full of flashy techniques and moments that are cinematically cool just for their own sake. It’s a solid thriller with a decent sense of period (ah, maybe should have mentioned earlier that it is set in the 1970s), a soundtrack containing a couple of treats, and a cast doing justice to a refreshing and interesting script.

And it’s certainly worth your time.