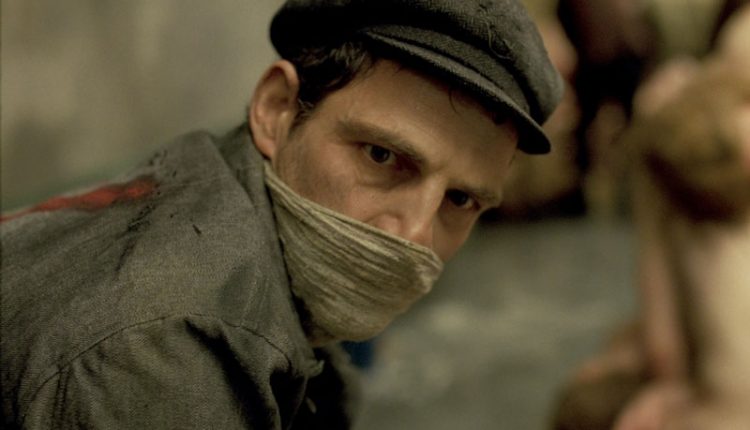 It’s not often a debut feature finds itself in the main competition at Cannes. Usually reserved for those who’ve earned their stripes, the up-and-comers get a slot in Un Certain Regard, or one of the more leftfield sidebars. So hopes were high when László Nemes’ Son of Saul found its way onto the Palme d’Or slate. An almost nihilistic Holocaust horror at times, it’s a superbly made film that grips like a vice from first to last frame.

Nemes is no newcomer to the industry. He worked for fellow Hungarian director Béla Tarr for a couple of years. Even with that experience, this is a remarkably accomplished debut. The camera rarely strays from the face of concentration camp prisoner Saul (an excellent Geza Röhrig), managing to keep tight no matter what’s going on around. There’s certainly a lot happening but Saul only has one thing in mind. After finding the body of a boy he believes to be his son in the gas chamber, he sets out to give him a proper Jewish burial, a last act of human decency in a world that appears to have long since abandoned them all.

Saul is a Sonderkommando, a group used to facilitate the execution of their fellow prisoners. They herd them in, strip them down and drag away the remains afterwards. It’s a thankless task that offers only the illusion of safety. Saul is stuck between the ruthless Nazi officers and broken inmates, a friend to neither. And when they’re done with him, he’ll be next in line. It does offer the ability to move around with a modicum of freedom though, something he puts to great use when he finds the boy. First removing the body and then attempting to track down a Rabbi, Saul approaches his mission with intense tunnel vision.

Nemes reflects this in his wonderfully executed obsession with Saul’s face. Everything else remains out of focus until Saul himself chooses to engage. He’s not interested in the beatings going on around, in the endless stream of dead bodies, in the looting and killing. He’s worn down by it, spirit crushed by a regime that thought this not only an acceptable, but a desirable course of action. Some things do still break through. A grimace shows when they force him to stand next to the gas chamber wall as screams echo out. He even displays a flash of remorse when those that help him find a German bullet as thanks. For the most part though he’s a blank, trying to hold onto that last ounce of humanity for his son.

Others try to stop him. They point out he might get them all killed if caught. He has a simple rejoinder. They’re already dead. Nothing can interfere with the mission. As the camp becomes more frantic, and prisoners are taken directly to the pits to be shot and discarded, Saul continues his search. When his comrades rise up and try to break free, he goes along only inasmuch as it offers the chance to find a good burial spot. Nothing else matters any more. In clinging to this one task, he tries to give himself a final sliver of the old world before the Nazis take it all away for good.

Son of Saul is not a widely emotional film nor does it come with an overt agenda. The horror speaks for itself. This is merciless, harrowing viewing occurring within a sinisterly anonymous industrial setting. 70 years later it’s still hard to imagine such a clinical atrocity could have happened. But it did. Nemes’ film provides the briefest of glimpses. What hell.