As part of #KubrickFeast month here is our Kubrick Quiz.

With only 13 feature films during a career spanning almost half a century, you wouldn’t say Stanley Kubrick was one of film history’s most prolific directors. He was, however, one of its most iconic and influential.

Despite the low film count, the auteur managed to shine his cinematic spotlight on, and breathe his realism and dark humour into, a wide range of genres. War, crime, sci-fi, horror, period, thriller and comedy all got the exacting Kubrick treatment and each time resulted in something special.

So there’s no surprise that he remains many a film fan’s favourite director, but how well do you really know your Kubrick? Well you can test your knowledge in our Kubrick Quiz...

As if bragging rights weren’t enough, anyone who takes part in the quiz and shares their score on social media will go into a draw to receive this splendid The Shining t-shirt. 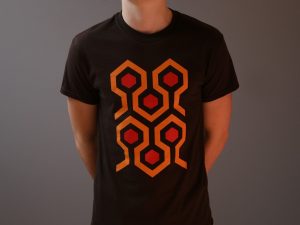 Courtesy of our new friends at Last Exit to Nowhere, forget anything by that other beardy director, this is your chance to be the true walking carpet.

This competition ends at midnight on 31st of July, with winners announced via Flickfeast’s Twitter on Friday the 1st of August. Good luck everybody!