On Monday Fabulous Films are releasing onto DVD two classic horror films, Dr Cyclops and Tower of London. To celebrate we are running a competition to win a copy of both! 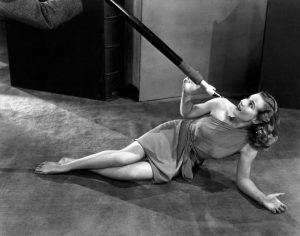 Set in the Peruvian jungle, this 1940 landmark science-fiction adventure is directed by pioneering filmmaker Ernest Schoedsack and released for the first time on DVD. The impressive use of special effects garnered the film an Oscar nomination and helped make this Technicolour sci-fi classic one of the most imaginative and memorable fantasy films of all time.

Dr Cyclops is based on a short story of the same name by Henry Kuttner. The story first appeared in the pulp magazine Thrilling Wonder Stories in June 1940.

The film is the first American horror made in full three-strip Technicolor. Schoedsack, who also directed King Kong in 1933, is said to have taken special care to make certain that the colour effects were believable.

Dr Cyclops was played by Albert Dekker (The Wild Bunch, The Killers, Kiss Me Deadly). Dekker was blacklisted in Hollywood for several years for criticizing anticommunist Senator Joe McCarthy. Dekker died in bizarre circumstances. He was found dead by his fiancé (fashion model and future Love Boat creator Jeraldine Saunders) in 1968. Discovered in the bathroom, Dekker was naked, bound hand and foot, with hypodermic needles sticking out of each arm and obscenities written all over his body. The official cause of death was ruled to be accidental asphyxiation although Dekker’s fiancé and friends believed someone else had to be involved as money and camera equipment were also missing from the flat. 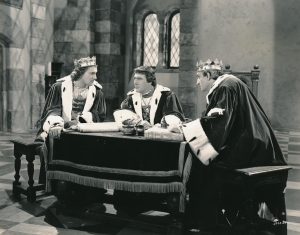 Horror legends Vincent Price, Basil Rathbone and Boris Karloff star in this chilling 15th century melodrama based on the life of Richard III. Not for the feint of heart, Tower of London grimly recounts the deeds that earned Richard III his place as the most despised monarch in English history and established The Tower as the most dreaded building in Britain.

Vincent Price played Duke of Clarence – a coward who gets drowned in a vat of Malmsey. Life almost imitated art as Karloff and Rathbone decided to prank Price. After being slung into the keg of wine and the lid put on, he was told by the stunt coordinator to wait 10 seconds before pushing the lid off. Rathbone and Karloff thought it funny to sit and lean on it causing the lid to stick. The crew had to break in with axes before Vincent drowned.

Basil Rathbone (most famous for being Sherlock Holmes) and Boris Karloff appeared the same year in Son of Frankenstein also directed by Rowland V. Lee. Rathbone’s assignment on this film also effectively prevented him from being cast on the far more prestigious The Hunchback of Notre Dame at RKO.

the extensive battle scenes. Shot at a ranch in Tarzana (a city named for Tarzan), the fog machine proved ineffective in the face of high winds. The 100-degree heat caused extras to faint – and rain machines caused the soldiers’ cardboard helmets and shields to fall apart.

The exterior castle sets constructed for this film became a staple of the Universal back lot and could be seen time and time again in subsequent films (most prominently in the 1952’s The Black Castle). In 1962 Vincent Price appeared as Richard III in a film of the same name – not a remake but which also used stock footage from the 1939 version.

The plot was written by Robert N. Lee (brother of the film director Rowland V. Lee) after researching a great deal of British history.

Dr Cyclops and Tower of London are both out on DVD 21st August 2017.