Our friends at STUDIOCANAL are proud to announce the release of three essential titles from the French Master of Suspense Henri-Georges Clouzot (The Wages of Fear, Les Diaboliques). Le Corbeau, La Prisonniere,
and Quai Des Orfevres emerged from the shadows on Blu-ray, DVD and Digital Download on 5th
March 2018.

These new restorations celebrate the 75th Anniversary of Le Corbeau and give a long-awaited
opportunity to see La Prisonniere, Clouzot’s last film and his only in colour. This rare gem is also
notable for its tonal similarities to other influential and iconic films from its era such as Blow-Up,
Peeping Tom and Belle Du Jour and has never been seen in the UK beyond its original theatrical
release. 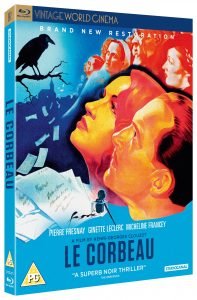 A veritable masterpiece of French cinema, Le Corbeau is a dark and subversive study of human
nature starring Pierre Fresnay and Ginette Leclerc. A wave of hysteria sweeps the small provincial
town of St Robin when a series of poison-pen letters signed ‘Le Corbeau’ (The Raven) begin to
appear, denouncing several prominent members of society. The slow trickle of sinister letters soon
becomes a flood and no one is safe from their mysterious accusations. Upon its release in 1943, Le
Corbeau was condemned by the political left and right and the church, and Clouzot was banned
from filmmaking for two years. 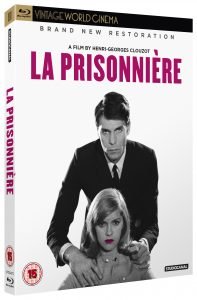 Josée (Elizabeth Wiener) is the wife of an artist whose work is exhibited in Stan Hassler’s modern art
gallery. Stan (Laurent Terzieff), impotent and depraved, satisfies himself by photographing women in
humiliating poses. Josée is fascinated by the man and soon falls completely in love with him. 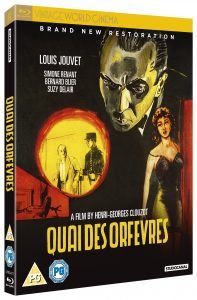 A marriage that has fallen on hard times is further tested by the couple’s implication in a murder.
Jenny Lamour (Suzy Delair) is a music hall chanteuse married to her pianist husband Maurice (Bernard
Blier). Keen to get ahead, Jenny leaps at the chance when an ageing wealthy businessman (Charles
Dullin) offers her the chance of some gigs.

However, when she agrees to a meeting at his home and he is found dead later in the evening, Maurice’s untamed jealousy is in the frame. A Maigret-esque detective, Antoine, played by Louis
Jouvet, leaves no stone unturned in his exceedingly private investigations of the down-at-heel
showbiz couple’s sad, tempestuous life.

We have 2 bundles containing all 3 of these fantastic films To be in with a chance of winning, simply tell us which is the lead article on Flickfeast at the time of commenting.

Submit your answer via Twitter, Facebook or in the comments below. Winners will be announced on Monday 19th of March. Good luck!