Win The Man Who Fell To Earth Blu-rays 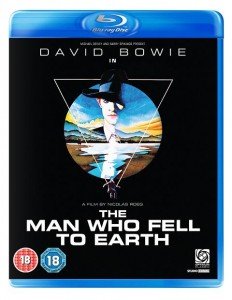 Nic Roeg’s science-fiction cult classic The Man Who Fell To Earth starring David Bowie celebrates its 35th Anniversary in 2011 as well as being included in the BFI Nic Roeg retrospective in March.  Crash landing on Earth from his dying planet, an alien humanoid traveling by the name of Thomas Jerome Newton (Bowie) uses his superior intelligence to build a vast business empire.  As he takes on, and beats, every major US corporation, people can only guess his true purpose – to save his dying world from drought.  Newton’s ageless fall from grace, as he becomes prey to lust, alcohol, business rivals and the US Government makes The Man Who Fell To Earth not only a bitingly caustic indictment of the modern world but also a poignant commentary on the loneliness of the outsider. Also starring Candy Clark, Rip Torn and Buck Henry and based on the cult novel by Walter Tevis.

The Man Who Fell To Earth is out on Blu-ray 11th April, courtesy of Optimum Releasing we have 3 Blu-rays to giveaway. To be in with a chance of winning a DVD of this great film simply answer this question…

Competition Rules: You must be 18 or over to enter. The competition closes on 23rd April 2011 and you must be registered on the site to enter so if you’re not already please register (it’s free)! Winners will be notified via email once the draw has been taken and the winners must claim their prize within a week otherwise a replacement winner will be drawn.