Critically acclaimed, feature documentary Mission to Lars, produced and directed by William Spicer and James Moore, is the story of two siblings’ (Kate and William Spicer) attempt to fulfil their brother Tom’s dream of meeting rock God Lars Ulrich of Metallica, in a tale which is both funny and touching. Tom Spicer has Fragile X Syndrome, a form of autism, he has a dream to meet his hero and his siblings promise to make it happen, with hopes of good times and bonding on the road trip. But Tom’s disabilities, a dysfunctional family, and heavy metal’s labyrinthine backstage world thwart the mission at every turn. Then as they get closer to Lars, Tom the man starts to shine and a touching and inspirational finale ensues.

Mission to Lars is released on DVD, Blu-ray and VoD on 8th April 2013. 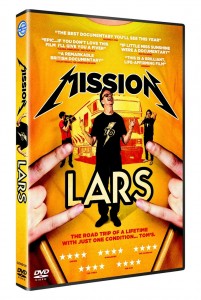 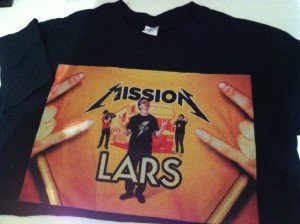 We have 3 copies of the DVD and T-shirts to giveaway. For your chance to win answer the following question…

Competition Rules:
* flickfeast is the promoter of the competition
* Competition is open to UK residents only
* The winners will be picked at random and contacted by flickfeast.
* The Editor’s decision is final and binding on the entrants. No correspondence will be entered into.
* Closing date is 39th April 2013. The winners will be notified by email and must respond within a week otherwise the winners will be redrawn.
* You must be registered on the site to enter so if you’re not already please register (it’s free)

Unconventional Truth of The Twilight Series