Having missed this film at the Venice Film Festival this year, due to a scheduling clash, I was delighted to see it was playing at the Cornwall Film Festival. Lukas Moodysson’s latest film is a slice of adolescent punk set in Stockholm in 1982 and based on wife Coco’s comic book. Moodysson returns to the enchanting view of adolescence, as seen in his debut film Show Me Love (1998), and We Are the Best! is charming  without being too sentimental , and touches on enough serious issues to never feel superficial. 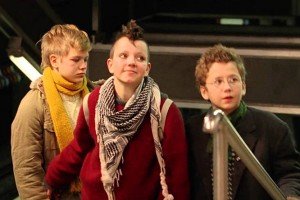 Bobo (Mira Barkhammer) and Klara (Mira Grosin) are best friends. They are different from the other pastel wearing, bubble gum blowing girls at school, they are punks. At 13 years old, they have been told that punk is dead but they don’t believe it is. Both girls wear the typical striped and checked clothing, with Bobo sporting a short crop and Klara a self-made Mohawk. The girls are naturally outsiders, but they are okay with that and brush off comments such as they are the ugliest girls in the school, with aplomb. Their local youth club provides the equipment for them to take their beliefs to the next level and start a punk band. But neither girl can play an instrument properly, so they enlist the help of Hedvig (Liv LeMoyne); a pretty blonde guitar playing Christian. 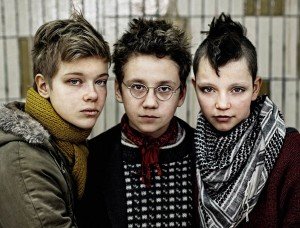 The plot isn’t particularly complex or original, but We Are the Best! succeeds in being charming and fun. The girls do a fantastic job of acting and show believable chemistry, convincing us they really are the best of friends. Mira Barkhammar perhaps provides the most depth to her character of Bobo, less charismatic and not as cute as Klara, we see her struggle to deal with her appearance, especially when boys come into the picture. There are genuine moments of teenage anguish, and the film successfully captures the insecurities of this age but also the pure delight of finding a new passion in life and new friendships. 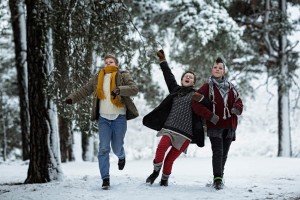 Moodysson delicately and masterfully approaches poignant moments, as the girls experience highs and lows, and allows the audience to enjoy the ride, never challenging but always leaving a significant trace of emotion to remind us of the turmoil of being a teenager.

As is to be expected, music plays a large part in the film and the catchy song, “Hate the sport” that the girls develop is the backbone of the film, even resulting in them going to perform in a show which ends in a typically punk fashion. There is a nice balance of humour throughout the film, Klara’s clarinet playing father providing some of the laughs, as well as the girls’ lyrics in response to their ‘fascist’ PE teacher. 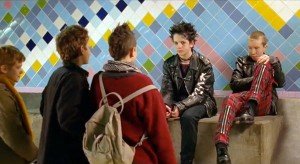 Overall, Moodysson has captured the spirit of teens and united it with the punk genre to provide the basis for a tantalising exploration of teenage years. The film is no way as in your face as punk but it subtly manages to make you consider a variety of elements and is a memorable and charming experience.