Luca Guadagnino and Walter Fasano’s lovingly assembled Bertolucci on Bertolucci is a deceptively simple yet mesmerising paean to legendary Italian filmmaker Bernardo Bertolucci. As the title suggests, not only is Bertolucci the one constant in this film (he is in almost every single scene, and those in which he does not appear he speaks over) but even other film-makers and characters mentioned in the film are there so in order to further our understanding of the emotions, theories and films of the man himself, and how each of these has been formed, necessarily, by the world around him, those who made his world for him and those people who would put it on screen. 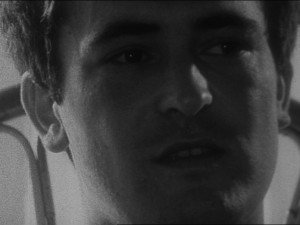 Assembled from what must be hundreds of hours of footage, this film is a massive collection of interview clips, press-conferences, a few on-set clips and loads of wonderful old shots of a young Bertolucci, contrasted magnificently with the older, wiser, yet no less intense Bertolucci, and we begin to see a very definite thread running through his life and work.

Though simple on the surface, Bertolucci on Bertolucci has a very interesting, almost fugue like structure. The films moves along chronologically through Bertolucci’s films, beginning with The Grim Reaper in 1962 and ending with Me and You in 2012, taking in his entire filmography. As we are given details of these films, and see Bertolucci in interviews and talking to camera contemporary to these films, we are shown clips from both the past and the future that help to illustrate what he is talking about, and give us a deeper insight into his methods and personality. And all through this Bertolucci shifts seamlessly between Italian, English and French as if each were his first language. 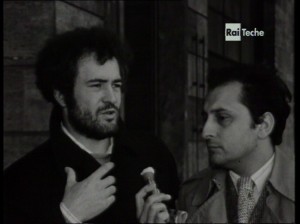 Though each film he has made is covered, there are a couple that are given extended attention. Probably one of the best films ever made, 1900 is analysed and discussed and placed firmly within the context of both Bertolucci’s theories of film-making (cinema is sensual death at work) and his politics (using American dollars to buy the biggest red flag ever seen in film) and used as something of a measure of his later career. Indeed, though Bertolucci would temper his party-political fury in later life in favour of a more theoretically sensual politics, he goes on to claim that the discourse of 1900 is continuing, and its effects can be felt and seen through all his subsequent films. 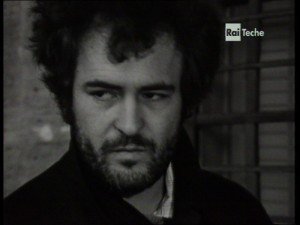 The other film to get a large portion of screen time is Last Tango in Paris, a film that embroiled Bertolucci in a politics of a completely different kind: that of directors/actors and directors/censors. He talks about his relationship with Brando and Maria Schneider and how the film continues his long battle with censors (particularly in Italy) that began with 1900 (a battle Bertolucci says is being fought to redress the balance of sexuality) and would continue though The Dreamers; which latter film gives Bertolucci ample time to discuss something that seems both close to his heart and a source of certain chagrin and perhaps a little envy: the French Nouvelle vague. He states that French is the language of cinema, and laments the fact that the French directors of the 60s were united in their project whereas the Italians of the time were not even interested in each other. And though the camera is a revolutionary tool (“a machine-gun”), after 68, Godard became an extremist and French film wandered off into the “ghetto of the avant-garde”, leaving Bertolucci to head off in his own direction, one of historical detachment and introspection. 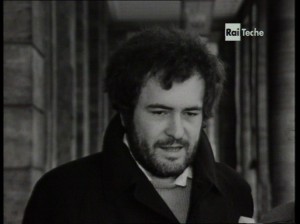 The one constant theme that runs through film and all of Bertolucci’s is the question of the father-figure, a question whose answer was sought both in psychoanalysis and film itself. Bertolucci’s father was a poet, a highly respected one at that, and yet the influential father-figure that informed most of his life was Pier Paolo Pasolini, in whose defense Bertolucci was to testify during what many saw as a witch-hunt. This complicated issue of the guiding father would lead to Bertolucci to reflect that every film he made he made with two lenses, the second not being Kodak or a Zeiss, but Freud; and Bertolucci at one point considers himself part of a Freudian youth movement, a politics that is not socio-politically class-based, but is a struggle of all sons against all fathers. 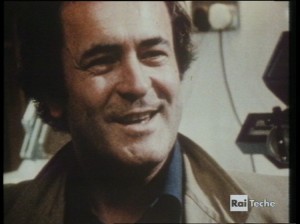 Through all of Bertolucci’s talk of psychoanalysis and politics, what comes across more than anything else in this film is his love of humanity, and the cinema that gives it its strength and is its voice. And though this film may be a little heavy-handed on the politics and the film-theory for many casual viewers, and some of the subtitle during the French and Italian sections are bizarrely verbatim, anybody with a love of film history and pure cinema cannot fail to be entranced by Bertolucci on Bertolucci. It has moments of pathos, moments of humour (a provocation with a tape-recording of Verdi is hilarious), moments of introspection and sadness (a once virile director reduced to a wheelchair and yet continue making films, like the great John Huston) and moments of joy (Oscars!) and is a must-see for anybody with an interest in cinema.