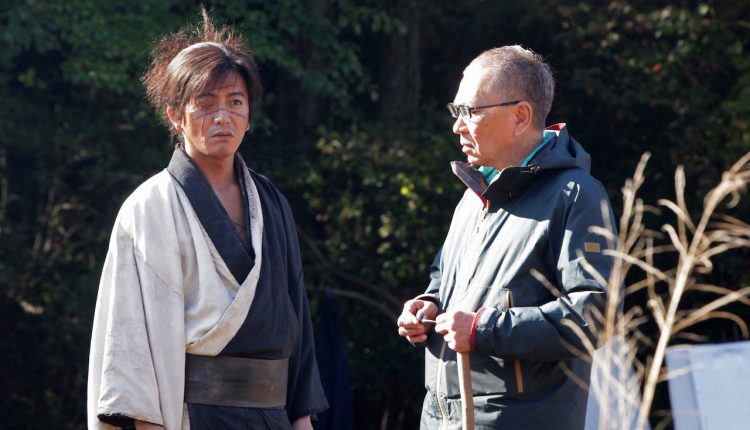 The 100th directorial feature by Japanese filmmaker Takashi Miike, Blade of the Immortal is the film adaptation of the eponymous manga by Hiroaki Samura.

We sit down with Miike to talk about his career, taking on Hollywood and why his films are memorably violent:

Q: Blade of the Immortal is your 100th film – how do you feel about that? Did you ever think about reaching that milestone?

Q: What inspired you to go from being an assistant director to a film director?

Q: You never seem to have any trouble making films as other directors struggle to keep productions under budget. What is your technique in that?

A: I think it’s the luck and the time of my generation; it just happened to be at a time when there aren’t that many other directors. Films aren’t made just because someone has a talent; they are made because there are film companies who have to make films for commercial purposes and so, it’s the question of taking a share of that. I was lucky at the time; I never marketed myself as a director to film companies or sought after particular projects – it’s a job to do. I think film companies and producers in Japan aren’t taking the risk to get younger directors or explore and discover new talent. Even in Japan, I get asked:” Why do I make so many films?” To that question, I always say: “Don’t ask me, ask the producers!”

Q: A lot of people know your work from Audition, 13 Assassins and Ichi the Killer – all of which are incredibly violent. What is about violent films that appeal to you the most?

Q: You are one of the very few successful directors that haven’t attempted to do anything major in Hollywood. Would there be any project that would interest you?

A: I’ve had a couple of offers. I was approached two months before filming was scheduled to start on one project, but there were so many restrictions imposed on me. It became apparent that I was not allowed to make any other film for 18 months after production had finished. The next film I make after that had to be the first film linked to a particular producer – there were a lot of conditions on what I could make next.

When making film projects in Japan, in order to make that film, we spend the necessary time for that film whereas, in Hollywood, they ‘pay’ for a certain amount of time, so you had to dedicate that time to the project. There’s a fundamental difference in filmmaking approach so it didn’t work out. And of course, the amount of money offered was very, very attractive, but nothing was good enough to commit to. I’m currently working on several projects in China, one of which involves [martial artist] Sammo Hung as fight choreographer.

Q: Do you think you have evolved as a director?

A: I don’t think I have evolved at all – it’s not a question of evolving. I think that if I think about changing, I see it as unnecessary pressure on me and would cause too much stress. What I can say is those people who were my assistant directors are now directors themselves. I think I’m working on the next younger generation to help me and then maybe trying to train them into the industry.

Check out our LFF 2017 review for Blade of the Immortal here.