Woody Allen is brilliant, we all know this. Everything I’ve seen of his (admittedly not much) has been wonderful and his latest, Blue Jasmine, is no exception. This comedy/drama (dramedy? Is that a thing?) takes a look at our ability to ignore what we don’t want to see and the slow unravelling of a troubled mind. Cate Blanchett plays Jasmine, a New York socialite whose life falls apart when her husband is jailed for fraud and the government takes everything she owns. Forced to move to San Francisco to live with her sister, Ginger (Sally Hawkins, who is wonderful), she attempts to rebuild her life as old habits refuse to be forgotten. As she continues to base her worth on how others perceive her, she spirals further into the traps she builds for herself and remains oblivious to what is happening around her. 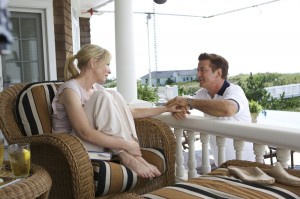 The film switches between present day and flashbacks in order to tell the full story of what happened to Jasmine. Part of her current life mirror her former life and we start to get a sense of what’s really going on and what actually happened as the present day Jasmine spins her story depending on who she’s speaking to. Her obsession with how others see her draws her further into her despair as she loses control of her life, and her mind. Cate Blanchett has never been better as the unhinged Jasmine desperately trying to keep up appearances. She has an elegance and grace that rarely leaves her, but when it does it’s very alarming. Her moments of comedy are wonderful and welcome in what is in fact a very serious film. She has some excellent lines including “For some reason my Xanax isn’t working”, delivered seconds after washing one down with what looks like vermouth. 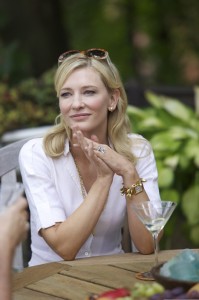 Sally Hawkins is equally brilliant as Ginger, the opposite of Jasmine. Ginger lives a much simpler life than Jasmine, and whilst she doesn’t fully understand her sister’s life, she has enough heart to at least try. She takes Jasmine’s snide remarks about her life and interprets them as advice, and has enough patience to deal with her overbearing and high maintenance sister. Hawkins brings a charm to the character and holds herself well against Blanchett’s astonishing performance. It’s interesting that it’s easy to sympathise with both women, given that one lived a charmed life and is so snobby about her sister. But it’s because Jasmine is the instrument of her own downfall that you care about her. 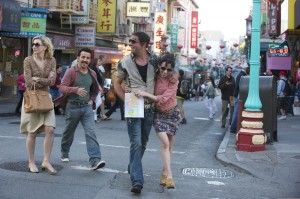 Blue Jasmine is one of the best films to be released this year. A thought provoking look at someone unwilling to acknowledge reality, it is funny, heartbreaking and undoubtedly Woody Allen. The final fifteen minutes are something to behold and honestly, this is Cate Blanchett’s best role. With a wonderful supporting cast, soundtrack and script, I loved this film from the moment the opening credits began. My only complaint is it ended. 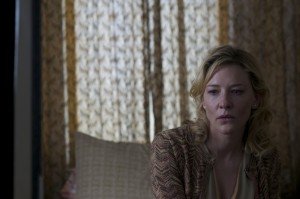