Didier and Elise at first appear an unlikely pair, he a brooding, atheist country singer and she a pretty tattoo artist with a cross, but soon it is clear they were made for each other. Structured in flashbacks and flashforwards, much like Blue Valentine, we piece together the story of the couple and their child Maybelle, who is suffering from cancer, as they undergo a tremendous battle. It isn’t all depressing though, there is plenty of joy to be had from this beautifully observed and wonderfully acted love story. 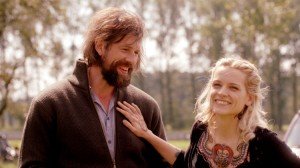 The characters of Didier and Elise are extremely well-written and acted, and what we are presented with is a couple that we fall in love with and follow their experiences as if they were our friends. We care for them and there are true moments of heartache. These are intelligent, likeable characters, and their conversations give us plenty of food for thought on the afterlife, religion and stars, for a start, resulting in an extremely profound experience.

Due to the subject matter, I challenge anyone to view this and not cry, an impossible feat, so be warned. But I do believe this is an important film to see, not because of the emotional effect it will no doubt have on you, but for the sheer humanness that is demonstrated.  Life deals some incredibly difficult blows, and how we deal with these ultimately defines us. 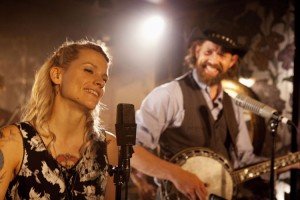 Sight & Sound picked The Broken Circle Breakdown as their film of the month (November) and critic Gilda Williams rightly states that “multiple rounds of strong drink followed by intense all-night conversation are the only worthy aftermath to this mindblowing film”.

The Broken Circle Breakdown is also full of incredible music, if you are a fan of, or just have an interest in Americana/Country music, then this will delight, being full of performances by Didier and his band. The juxtaposition of raw Bluegrass music with the emotional subject matter is inspired and manages to feel fresh and original rather than clichéd. 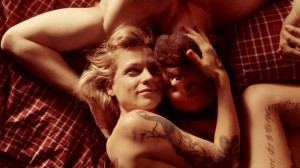 Credit really must be given to the two main actors, Veerle Baetens and Johan Heldenbergh, for sublime acting, which consequently leaves the film with an almost documentary feel, the characters are that believable and real. Also child actor Nell Cattrysse as Maybelle is astonishingly good, giving a heart-breaking performance.

This film is abundant with raw emotion but the clever structure of the film never dwells too long on the distressing, instead we see tender moments between the couple as they get to know each other at the start of their relationship and slowly we see the progression into how things have become. 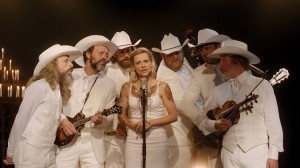 I must admit I did feel emotionally battered after seeing the film, but I also must reiterate that there is plenty of beauty to be found in it. This is an incredibly powerful melodrama that is devastating but just as important to see because of this. The power of cinema is really demonstrated in The Broken Circle Breakdown. As with Blue is the Warmest Color, also shown at the festival, this film explores the connection and love between two people; their differences bringing them together, and seeing how they grow and develop as people as a result of this relationship. 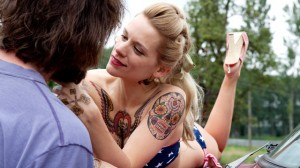 This film is Belgium’s submission into the 2014 foreign language film category at the Academy Awards and so far I have not seen a film more deserving of the prize. An incredibly powerful film that will leave you affected for days after and give you so much to consider, you may even re-evaluate life.