Is the US government the most powerful and threatening terrorist organisation of all? Director Richard Rowley and investigative journalist Jeremy Scahill travel straight to the heart of this question in one of this year’s most hard-hitting and haunting documentaries, Dirty Wars (2013). Travelling Afghanistan, Yemen, and Somalia, Jeremy Scahill searches for evidence of a top secret military branch called Joint Special Operations Command (JSOC) that he believes to be responsible for an air raid gone wrong in a remote and dangerous province in Afghanistan. 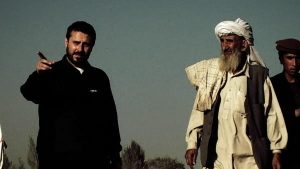 Uncovering the group’s ‘kill list’, which has increased from a pack of cards during the Iraq war to allegedly more than a thousand names now in Afghanistan, and even countries in which war has not been officially declared, Scahill identifies where this group have been and which raids they are responsible for. One of the most frightening discoveries that Scahill makes is that JSOC’s kill list now includes even US citizens.

Despite the fact that the group has been in operation since Iraq, evidence of its existence is only just beginning to rise to the surface since Scahill began his investigation. This fascinating documentary tracks Scahill’s progress from his first misgivings about the raid in Afghanistan and the top-secret military group to the US government’s public acknowledgement and celebration of JSOC in conjunction with the assassination of Bin Laden.

This is another documentary whose success lies in the fact that it does not treat victims of war as props for Western discussion about Afghanistan, Yemen, the assassination of Bin Laden, and the events of 9/11. This highly personal journey to the heart of Afghanistan families affected by JSOC raids, the stories of Yemeni journalists who were imprisoned for attempting to expose the workings of the group, and the feelings of the parents of even US citizens whose names appear on JSOC’s kill list, gives an entirely new dynamic to the notion ‘war on terror’ 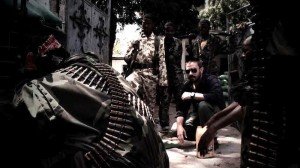 What gives the US the right to kill anybody at all? Using stunning shots of the Middle Eastern cities and countries to which he travels, Jeremy Scahill makes a lot of the shadows and the light. The sun rises and sets over these countries and the lives of their inhabitants, and, perhaps what’s most noteworthy about Scahill’s findings is the fact that he has made an invisible group visible. Where the US government holds extremist Muslims responsible for terrorism, Scahill sets out to prove that the US government are responsible for some of the most shocking acts of terror. The images of the children and pregnant women that JSOC have killed haunt the mind of the audience long after this documentary has come to its close. And at the very heart of Dirty Wars lies political integrity: Scahill’s ultimate purpose to make seen the unseen.