The Edinburgh International Film Festival 2012 is upon us! 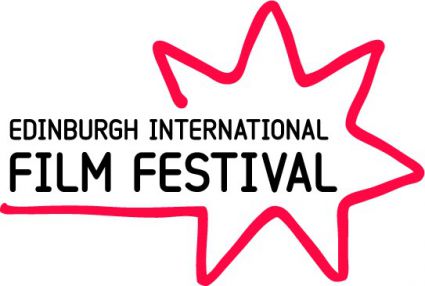 Edinburgh citizens are already spoilt when it come to movies. We have five multiplexes, two art-house/independent cinemas and one boutique theatre. But on the 20th of June, lovers of celluloid in our Scottish capital will be in 7th heaven when The Edinburgh International Film Festival 2012 kicks off. Since 1947, this globally renowned annual festival has shone the spotlight on and helped the launch of independent films, new releases and foreign titles that would be otherwise hard to find. If you haven’t picked up your copy of the brochure yet, I recommend you do soon so you can secure tickets for the movies that take your fancy before they sell out. Alternatively you can go to http://www.edfilmfest.org.uk for details of all screenings and titles, plus online booking.

2012 is set to be a fantastic year. The festival opens on the 20th with the U.K. gala premier of Killer Joe, directed by William Friedkin (of The  Exorcist fame) and starring Matthew McConaughey. It is a black comedy revolving round a father and son hiring hit-man ‘Joe’ (McConaughey) to kill the son’s mother so they can collect on the life insurance policy. Instead of a retainer fee, Joe gets given the family’s daughter as collateral. Twisted, shocking and hilarious, this promises to be a treat and I’ve got my ticket safely secured.

Over the eleven days the EIFF runs, there are an astounding nineteen World Premiers; thirteen International Premiers and eleven European Premiers. But that’s not all! The new digitally restored print of Lawrence Of Arabia will be screened on the 21st of June to mark the film’s 50th anniversary. David, the android from Prometheus, would approve. Tickets for this will be like gold dust so if you want to attend, book now to avoid disappointment. Another seven special screenings will take place, including the ‘Surprise Move’ for those of an adventurous disposition.

Fans of Japanese Cinema are well catered for in a retrospective of director Shinji Somai’s work. Personally I’m looking forward to seeing his Sailor Suit and Machine Gun, a title that has cult status in Japan, about a schoolgirl who inherits a crumbling Yakuza organisation.

Special events are being run as part of the festival; over the years these have given the public a chance to meet key industry figures from actors to directors. 2012 will be no different. To tie in with the digitally restored Lawrence of Arabia, the ‘Film Restoration in the Digital Age’ panel event will take attendees through the process of digital restoration that is becoming more and more popular. Among the panel will be Oscar winning Editor Thelma Schoonmaker and Grover Crisp, who’s the ‘Senior Vice President of Film Restoration and Digital Mastering’ (quite a title!) for Sony Pictures Entertainment. For details of all special events, check out the brochure or website.

My  ‘Must See Tips’ for the EIFF are picked from across the eleven days and are only a small number of the titles being shown. They are: Killer Joe; Sailor Suit and Machine Gun; 7 Days in Havana; Brake; Coal Money + Brutality Factory; Eddie – The Sleepwalking Cannibal; Guinea Pigs; Kid-Thing; V/H/S; Sexual Chronicles of a French Family and Wrong.

I’m practically salivating at the prospect of seeing as many films as I can fit around work and other commitments. Inevitably there’ll be ones I can’t make, plus my other half doesn’t want to be a ‘film widow’ for the duration of the festival. However, what I do see will be reviewed on Flickfeast.com as soon as I can get the articles written and posted. For those about to partake in and enjoy ‘The Edinburgh International Film Festival 2012’, we salute you!

I live in Edinburgh U.K. with my better half.

Flim Weakly Review – Call Me By Your Name