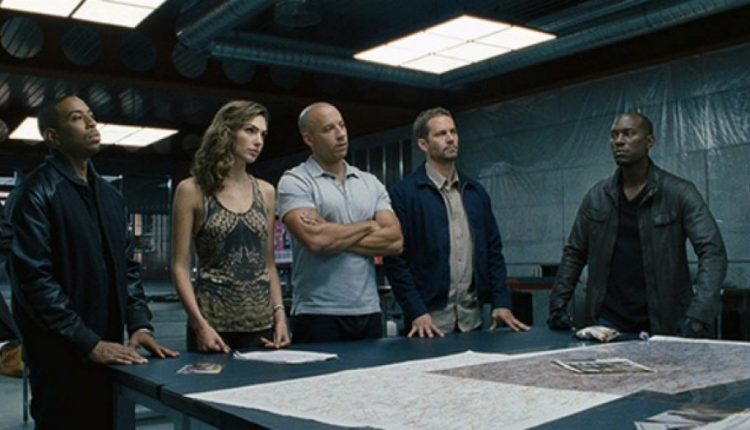 When the fifth instalment of a struggling film franchise was about to go into production in 2010, there was skepticism as to whether it can keep the series alive, not to mention improve its efforts with film fans and the demanding box office. However, a bigger budget and the introduction of The Rock helped Fast 5 revive the film franchise, while breaking box office records and establishing itself the most successful entry in the Fast & Furious series. It also served an additional purpose: developing a new story arc for its characters. And now, two years later, the story continues.

Fast & Furious 6 follows on from the escapades in Rio, which left criminal/racer Dom Torreto (Vin Diesel), Brian O’Conner (Paul Walker) and the team incredibly wealthy but constantly looking over their shoulder for the feds, namely DSS agent Hobbs (now fan favourite Dwayne Johnson). When a team led by former special forces agent Owen Shaw (Luke Evans) target military convoys with the aim of vehicular warfare, Hobbs recruits Torreto and the team to get Shaw and his cohorts – including Torreto’s ex Letty (Michelle Rodriguez), who was thought to have died in the fourth film.

Following on from the unexpected success of Fast 5, director Justin Lin and screenwriter Chris Morgan had a tall order to produce a fitting film to continue the franchise, as well as accommodate its position in the series’s now disjointed chronology. The conundrum is almost apparent as the film progresses.

After almost a lifetime of running and hiding, the characters are propelled into the spotlight: the film is essentially criminals chasing terrorists. It probably sounds great on paper, but it feels like unfamiliar ground; not a sentiment to feel when you are in an established film series. There is also an increased dependency regarding the credibility of its key cast members, and as a result, certain elements of Fast & Furious 6 are not up to scratch. The storyline is not very imaginative, especially the background behind Letty’s absence and Shaw’s ambitious mercenary, and there are numerous plot twists, which come off as unnecessary. In addition to this, the objectively emotive dialogue ends up being weak and the female cast members are somewhat drowning in the massive testosterone levels throughout the film. Any key contributions from them tend to be during the action sequences when they are firing a gun or throwing punches with each other.

Having said that, Fast 6 is a film that is designed for pure unadulterated entertainment. Seeing the team back together (albeit without a couple of members), as well as working with The Rock brings out the lighter moments in the film and the action sequences are enjoyable. The car chases have an element of The Italian Job and it makes the most of the London cityscapes at night, while the breathtaking stunts are daft yet exhilarating. Diesel and Johnson are on top form – the best moments are easily when the two of them are on-screen together – and additional cast members such as Evans, The Raid‘s Joe Taslim and Haywire‘s Gina Carano make the most of their on-screen presence. So considering the extensive ensemble, most of the characters have their fun.

Its continuation from Fast 5 has made it a ‘stepping stone’ in terms of story and character development and with the recent news of a seventh instalment on the cards, it is a matter of anticipation to see how the events in Fast & Furious 6 will steer the franchise.

Action-packed and ridiculously fun, it is hard not to cheer during Fast & Furious 6. Just don’t expect as much sweat in this one.

Fast & Furious 6 is out in UK cinemas on Friday 17th May.