This year marks the 50th anniversary of one of Federico Fellini’s most controversial and autobiographical films and the 20th anniversary of the death of the famous director himself – landmark events which Argent Film Ltd have chosen to commemorate with the first Blu-Ray disc edition of 8 1/2 to be manufactured for release in the UK. 8 1/2, named so because it was what Fellini called his ‘eighth and a half’ film, won two Oscars including Best Foreign Language Film, and has gone down in history as one of the most experimental explorations of the boundary between reality and illusion from its decade.

This semi-autobiographical film is about a film director who is hounded by his team and the press concerning the nature of his next film. However, he suffers nervous attacks, claustrophobia, and paranoia as a result of his writer’s block. The film challenges the boundaries between life and art, a notion which is explored in the disc’s exclusive 50 minute documentary Lost Sequence and an extended interview with assistant director Lina Wertmuller about the myths surrounding Fellini’s life and practice. These and other Extras, including two of the original theatrical trailers and excerpts from old interviews with Fellini, give an invaluable insight into his philosophy about film in general, and his ambitions for 8 1/2. 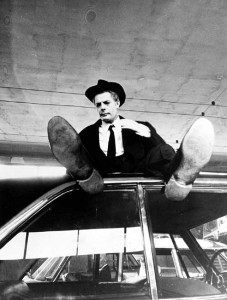 Fellini suggested that his movies should be ‘free from physical reality’, and that 8 1/2 ‘isn’t a film to understand. It’s a film that should be “felt”.’ The lack of systematic temporality and narrative structure is a trait that originally troubled critics, and it remains a lucid film – Fellini tells us in an excerpt from the Lost Sequence to just ‘go with it’.

There are a wide range of concerns in 8 1/2 that both return to original territory and mark new explorations for Fellini. As in his previous films, such as La Dolce Vita, Fellini here too refuses to shy away from the greater epic, philosophical concerns of his age. Traditional elements of his films remain in place here: the parallel between performance and the physically and morally grotesque, the boundaries between art and life, between illusion and reality. In many respects, these concerns define European filmmaking of the time, also dominating Jean-Luc Godard’s Le Mepris which was released in France in the same year. 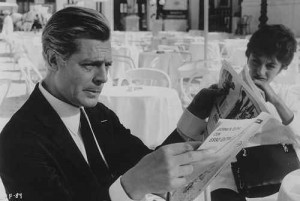 The film within a film format that Fellini uses suggests a Brechtian influence. The audience can see characters perform the roles of fictional director Guido’s characters, heightening our awareness of the roles Fellini’s actors play on the screen. This generates a tense double consciousness of artifice. During the casting scene, Guido’s wife describes his film as ‘another fiction, another lie’ – a lie, an art form, that contains the fabric of the real lives of its director and his women – an idea which informs both Guido’s film, and, in turn, Fellini’s film. 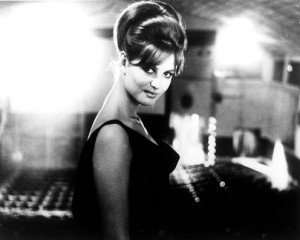 It is not only the sense of ‘film’ that informs both the surreal and the epic qualities of 8 1/2. Scenes of reality and illusion seamlessly bleed into one another. Guido’s life affects his art in the context of the film; while his affairs and disintegrating marriage hinder his creativity, his frustrated lack of inspiration impacts upon his relationships with others, and so the boundaries between art and life are bent and broken.

One of Guido’s actresses verbalises this parallel when she refers to ‘my life and my work’ on an interchangeable level. As the boundaries between life and art are distorted, so, too, are the boundaries between reality and illusion. Formally and temporally, Fellini heightens the surreal quality of the structure by arranging scenes of Guido’s present day reality, his present day dreams and nightmares, and re-imagined episodes from his youth and childhood in a deceptively methodical, chronological fashion. 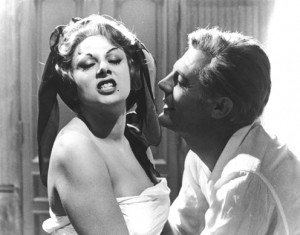 Guilt, shame, and trauma manifest through surreal shifts between reality, illusion, and dreams, but the surreal quality of this seamless filming technique embodies the unravelling of a very real traumatised subconscious. One of Scorcese’s favourite scenes, when Guido imagines his wife and all of his mistresses in one ‘harem’ style group, demonstrates the tension between dream and nightmare as it quickly descends from a pleasurable fantasy into a battle of the sexes.

Claustrophobia and paranoia are central to the film, and become themes to which Lina Wertmuller gives new and greater significance in her exclusive interview from the Extras. She describes Fellini as a claustrophobic person, pointing to the opening scene when Guido breaks free from his car in the traffic jam in order to escape from the prying eyes of onlookers. Guido’s dream sequences match the claustrophobia of the reality sequences: he is followed and hounded by actresses, scriptwriters, producers – and the surreal way that these parallels play out in the film mimics the very reality of a traumatised consciousness. 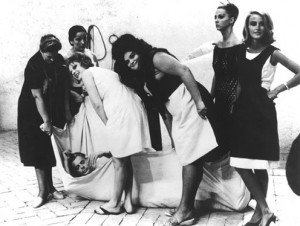 However, it is not only Fellini as director, his actors on the screen, and the fictional characters that are required to play roles – the audience, too, has a role to play. 8 1/2 to some extent resists its audience; we are not sucked into a narrative structure, nor are we caught up amongst the lives of its characters. We are spectators. At the same time, we are told to resist the traditional conventions of cinema: we are told not to interpret the film, but to ‘go with it’. 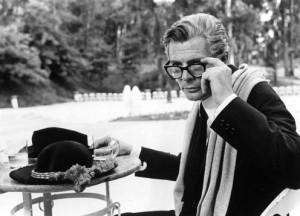 The audience’s role seems to form a curious parallel with those of Fellini’s actors and characters. One of Guido’s frenzied actresses returns again and again to him in order to ask ‘what’s my role in the film?’, heightening a sense of artifice, of performance. Characters are eternally playing roles; Guido suggests role-playing in bed, there is role-playing on Guido’s stage, role-playing by the actors in Fellini’s film. Fellini suggests that whatever ‘role’ we play as viewers, and whatever ‘role’ we play in life itself, we are eternally on the peripheries of both reality and illusion.

Nigel Ashcroft – A Life in Film