The Field is a 2013 British short film, written and directed by Andy Orr and Matt Jones, made under the auspices of Film London (a funding body which supports new British film) and screened as part of the London Calling program of short films at the 57th London Film Festival, where it rightfully won the Special Jury Prize. 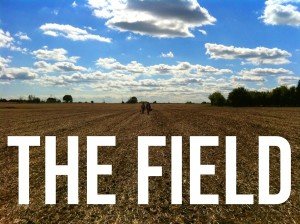 Starring Anthony Reynolds (fantastic in his first acting role), Alice Lowe (seen recently in Ben Wheatley’s Sightseers) and Matt Grant (Man About Town), The Field tells the story of a couple on an idyllic picnic in a field, which field maliciously becomes the confines of their rapidly disintegrating relationship. We see how the couple’s history plays out in front of them, with them unwittingly portraying their own break up outside of themselves. Recalling Bunuel, the field refuses to allow the couple to leave until their drama has played out to its conclusion, which is both surprisingly and funnily inevitable.

Shot through with an acerbic wit and delightfully wicked interplay between the two leads, The Field is by turns funny and sad, surreal in its depiction of the couple’s problems made solid (one particular shot involving mid-sex interruption by a suave drummer is great) and ultimately very moving. 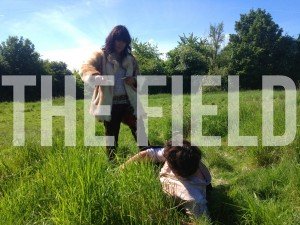 The film looks beautiful, shot on location on HD by Pete Emery, and the sun-drenched field is a great foil for the turmoil in the couple’s relationship. The sound, too, is fantastic, with a droning score by the Transmutations (Chris Renison) both affecting and creepy.

As a first film then, The Field is wonderful, and Andy Orr and Matt Jones are certainly young filmmakers to keep an eye on.