This year’s London Film Festival (the 57th) has seen some fantastic documentaries screened; everything from straight biopics, to experimental essay-films to a new film by the great Frederick Wiseman. What all of these documentaries have had in common is quality (even the few duffers that have been shown have all been at the very least interesting) and though documentaries are usually seen as something of a sideshow at most big film festivals, it’s heartening to see that the LFF has not forgotten them and has assembled as good a documentary program as one is likely to find outside of a specialist festival.

I think it’s a sign that documentary is beginning to be taken seriously as a filmic art-form within the mainstream festival establishment that I’m struggling to pick a winner from those being shown here. Sure, there have always been big documentary winners (Spurlock and Moore, for instance) at previous festivals and awards ceremonies (though the Oscars always drops the documentaries down the schedule and there is usually very little fuss) but with the rise in the number of specialist documentary festivals the world over, I think people are beginning to realise that the documentary can deliver just as much entertainment and knowledge (if not more in some cases) than any number of films by the Nolans and Almodovars working today. 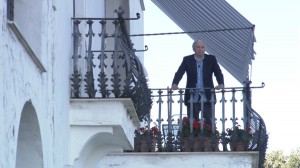 For sheer quality, this year’s LFF is fantastic. Bertolucci on Bertolucci is a cinema lover’s delight; Aatsinki – The Story of Arctic Cowboys does that rare thing in cinema which is to show us and make us care about things and people we have never encountered before (and is full of reindeer, which is always good). The Sarnos recalls a time and a place and a cinema of sexploitation that has largely been forgotten but is no less important. Late At Night (though not great) has the noblest intentions and represents a people and an ideology that impacts modern life as we know it; The Armstrong Lie deconstructs a fallen modern sporting hero and At Berkeley will be seen by generations of Americans to come (as indeed will all of Wiseman’s films) and the list goes on. Each film affecting, informative and entertaining in its own way, elevating their makers to something a little more than just directors.

However, the documentary that stands head and shoulders above all of these, even though it is being screened in the Debate program and is not technically part of the Documentary Competition, is Gore Vidal – The United States of Amnesia. Directed by Nicholas Wrathall (directing his first feature and given unprecedented access to both Vidal and various archives), and starring a cast of some of the most important characters in American (and world) history, the film charts the life, times and works of probably the most gifted voice of moral and political dissent of the 20th century.

Constructed in much the same way as the Bertolucci documentary mentioned above, Gore Vidal blends archive footage, current interviews, candid behind-the-scenes clips and interviews from a selection of people, both complimentary and denigrating (though always respectful) that all serve the purpose of illustrating not only the life that Gore Vidal himself led, but how it affected those around him and also the country as a whole. 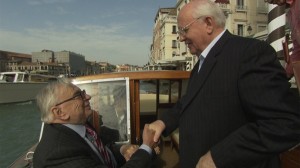 This documentary really does start at the beginning, despite starting at the end. The opening shot, of Gore Vidal standing over his own waiting grave-site, sets the tone for what is to come, and can act as no greater pointer to Vidal’s character: witty, sharp, acerbic, biting, cutting, dissenting, always knowledgeable but shot through with a certain maudlin pessimism. We learn that Vidal was born into American aristocracy (a politician from day one), and by his teens had already established an infatuation with American governmental institutions and its history as a country, as a failed republic (which fact would recur again and again through his fictions and essays, and which would act as his one great disappointment) and as an ideal. His aristocratic upbringing is brought nicely into parallel with that of his greatest sparring partner, morally and politically, William F Buckley Jnr. This is played out to us in amazing archive footage of the two debating everything from the Chicago riots to sexuality (Vidal, in 1946, gave the world its first example of explicit homosexual activity in his classic war novel The City And The Pillar) and as an example of intellectual heavy-weights grappling with serious issues, it is rivalled only by Vidal’s later confrontations with Norman Mailer and a certain Jerry Brown, both of which are shown in the film.

Much like the Bertolucci film before it, Gore Vidal is very simply constructed (clips, talking heads and interviews), and is carried along by the sheer entertainment of its subject. At no point do we ever tire of listening to Gore talk, nor do we tire of hearing others talk about him. Even those who disagreed with him (which would have been easy to do in America at the time, partly due to the political climate of the era but also because Gore is so steadfastly opinionated) always held him in the utmost regard. It is a testament to his standing in the world of public intellectualism that it is hard to imagine anybody stepping up and taking his place, and indeed, to this day nobody has. At one point in the film, Christopher Hitchens is put forward as a possible candidate, with Gore himself claiming the then young and controversial Hitchens his heir apparent. In fact, Hitchens might well have taken up the reigns as the world’s go-to person for comment on virtually anything had he a) not been outlived by Gore himself and b) not driven a rift between the two over his comments on the war in Iraq that proved to be insurmountable. 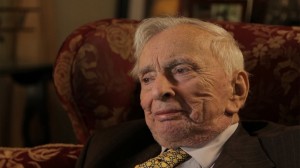 The film shifts between archive footage and stories of everything from his running alongside JFK to being life-long friends with Paul Newman to justifying his position of living in Italy (whilst continuing to criticise America from afar) to moments of reflection shot only a few years ago, in which we get Gore’s own version of events and his own analysis of the life he lived and how he lived it. And all of this is offset by the inevitable fact of his passing, with the closing moments of the film, showing Gore preparing to leave his house in Italy , due to ill health, that had served as his refuge and citadel for many decades, thus bringing the story of one of the world’s greatest dilettante public intellectuals to a close.

What I took away from the film was this: Gore Vidal was right, had been right all along; and perhaps, who knows, maybe the world might have turned out a better place had somebody merely listened. He was right about everything from sexuality to politics to the morality of modern life. Was he really correct though? I don’t know, but his powers of debate and the film’s loving treatment of the man has convinced me that yes, he was. And though we have this wonderful document of his life, he will be sadly missed.
In fact, the only downside I can see to this film is that Sting appears in it.