Saccharine sentimentality, a wasted supporting cast and an unconvincing performance by James Franco make Homefront another sad addition to the raft of disappointing action movies of late.

Based on the Chuck Logan novel of the same name and adapted by none other than Sylvester Stallone, Homefront stars Jason Statham as Phil Broker, a former DEA agent who retreats with his daughter to a quiet town in order to escape his unhappy past.  However, it isn’t long before his new life is threatened by local drug dealer Gator Bodine, played by James Franco. 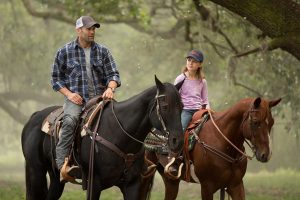 Statham can be an appealing lead in an action movie (Transporter, Crank) but as Phil Broker his talents are wasted.  Despite some funny one-liners (“Whatever you’re thinking, rethink it”) Stallone’s script disappoints, as it doesn’t develop the lead character in any meaningful way.  The father/daughter relationship is overwrought and director Gary Fleder reinforces this through sun-drenched shots of the pair on horseback.  The cast is over populated, which is a shame, as a decent roster of supporting talent (Kate Bosworth, Winona Ryder, Clancy Brown) are wasted in a film that fails to give them any real screen time to develop. 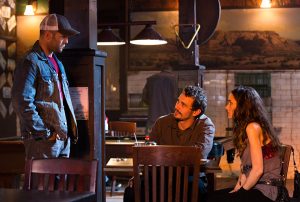 However, the film’s main issue lies with its antagonist.  Franco’s Gator Bodine is about as menacing as a kitten.  His soft features and constant frown don’t provide any real sense of threat.  The film also retrenches every action movie cliché.  The gangs of tattooed, bald, slack jawed yokels borders on the offensive and with them every country cliché is thrown at us from the typical morally ambiguous local sheriff, played by Clancy Brown, to the pickup trucks, trucker hats and gas station confrontations. 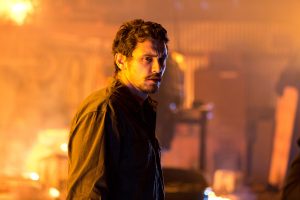 Despite an effective and violent sequence involving a long haired grizzly Statham working undercover in a biker gang, the action scenes that follow are far less effecting.  The violence here is not so much bloody as wince inducing and the pace of the action is incredibly slow with the use of slow motion along with frustrating use of cross cutting becoming a constant distraction. 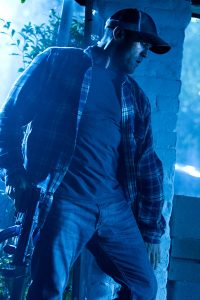 It’s not all bad as there are some moments to enjoy here.  There is a lighthearted spirit throughout the film that is refreshing in a genre dominated by dark and violent anti-heroes and it is positive to see a contemporary action film that focuses on issues such as bullying.  However, the failure to make good use of its cast paired with an ineffective antagonist ultimately makes Homefront a disappointment. 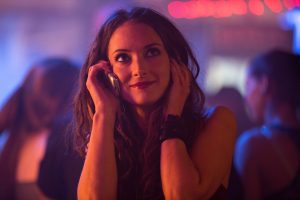 Homefront is in cinemas 6th December 2013.

Behind The Mask – A BAFTA Celebration