The dreaded sequel to a first instalment is the make-or-break point in any film franchise.  Most have a tendency to be inferior to the original film, but then once in a while, you get a sequel that exceeds all expectations or even better yet, surprise you. 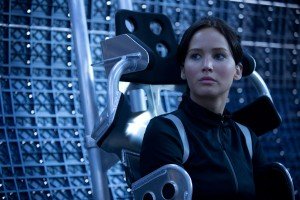 The Hunger Games: Catching Fire follows Katniss Everdeen and Peeta Mellark (Jennifer Lawrence and Josh Hutcherson), as they face the consequences after Katniss defied the rules in the last Hunger Games.  As her actions raise hopes of a rebellion in the outlying Districts, President Snow (Donald Sutherland) decides to get rid of her once and for all by holding a special Hunger Games to celebrate its 75th year with Katniss, Peeta and 22 past victors as its competitors.  Now facing older and more experience killers, Katniss and Peeta have to fight and survive against the odds once again. 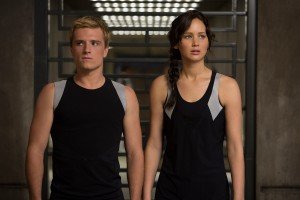 Like all sequels, this is an expectation of ‘more’  when it comes everything – story, character, performances etc. – and this is no exception.  While The Hunger Games was solely based on the idea of survival and ‘looking out for No.1’, Catching Fire has a concept of unity, essentially bringing merely covered subplots and supporting characters into the limelight.  There is more in terms of character development – not just with Katniss, but also with her relationship with Peeta, her family, mentor Haymitch (Harrelson) and best friend Gale (Liam Hemsworth), which collectively bring an emotional stability to a hardened character who keeps her cards close to her chest. 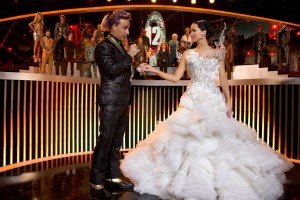 I am Legend director Francis Lawrence, who has taken over the reins from Gary Ross, shoots the film with a balanced perspective, capturing the gritty realism of the outlying Districts with the garish flamboyance of the Capitol, while managing to control the unspeakable teenage slush between the young heroes.  Hollywood darling Jennifer Lawrence plays Katniss with established confidence and emotional turmoil, powering through her performance like a veteran.  Her performance echoes unmistakable maturity and the emotional scenes are subtle in effect, making her a more realistic character.  Established supporting cast Hemsworth, Harrelson and Hutcherson contend with new cast additions, as Jena Malone and Philip Seymour Hoffman have a more evident screen presence in this second instalment. 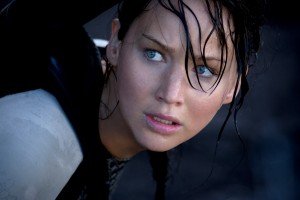 Exciting, engaging and overall better than The Hunger Games, Catching Fire escapes being labelled as the ‘dreaded sequel’.  Roll on November 2014. 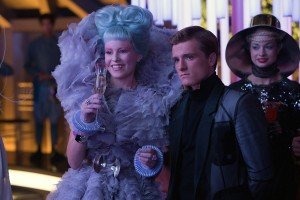 The Hunger Games: Catching Fire is out in UK cinemas on 21st November.