There’s only a few days left until that Australian icon of the dystopian future revisits cinemas in the highly anticipated Mad Max: Fury Road (2015). 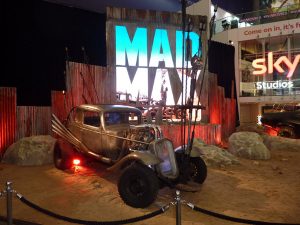 As a way of preparing fans for the mayhem to come Warner Bros. Entertainment UK has brought two of the film’s ‘stars’ to London’s O2 in Greenwich, so that the public can experience the feeling of the film firsthand.  The futuristic cars driven in the film by Tom Hardy and Nicholas Hoult will be rolling into the the Sky News Room in the exclusive Sky Studios, where you will be able to enter into the fun yourself by means of an exclusive green screen opportunity. 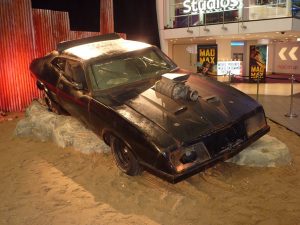 Further information on the exclusive event can be found by logging on at:  https://rewards.sky.com/home/sky-at-the-o2/sky-studios/

The name speaks for itself ………