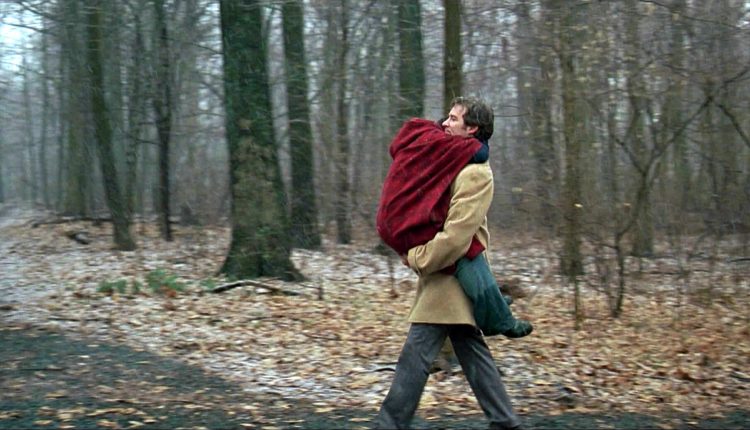 There was a proliferation of cinematic family dramas during the 90s, arguably coming to an end with American Beauty in 1999. It’s surely no coincidence that such films, questioning old fashioned family values, should have been produced at a time when the US Commander-in-Chief was caught with his pants down and cigar lit.

A crooked President in the White House, a country in cultural turmoil, civil unrest and the loss of family values. Considering its 1970s setting, Ang Lee’s The Ice Storm was surprisingly relevant. Perhaps this is because it presents a portrait of America through the eyes of one of its proudest exports, the image of the all American family, a Rockwell-esque dream of happiness and contentment.

The Ice Storm is all the more fascinating in that while its story feeds off the raging war in Vietnam, and the breaking Watergate scandal that shook the country to its very core, it simultaneously commented on Clinton-era scandals.

If a President can lie, then it goes without saying that a husband could too.

The story, written for the screen by Lee’s long time collaborator (and co-producer) James Schamus, from a book by Rick Moody, revolves around the Hood family, over the course of a thanksgiving weekend in 1973, in the small town of New Caanan, Connecticut.

Schamus called Moody’s novel “astonishingly cinematic.” He had been given the book by his wife, who knew Moody from Columbia University. Schamus, in turn, took the book to Lee, with whom he and co-producer Ted Hope had already made four pictures, including the multi-award winning Sense and Sensibility.

Mum Elena (Joan Allen) and Dad Ben (Kevin Kline) are picture perfect, yet look a little closer and the paint is beginning to crack. Ben is having an affair with married neighbour Janey Carver (Sigourney Weaver), while Elena plays the dutiful housewife, yet yearns for more, particularly as their kids, Wendy and Paul (Christina Ricci and Tobey Maguire) are approaching the age where they are about to leave home. The kids are hormonal (Wendy is coyly leading on both of Janey’s teenage sons, the oldest of whom, Mikey, is played by a pre-Hobbit Elijah Wood) but they also pick up the slack; the baby boom generation, raised on tv and middle class comforts, but self-aware enough to smell something rotten in their dining room.

This is, of course, a rich metaphorical playground, in which the parents toy with the notions of a WASPish life, while yearning to embrace the youth culture they are no longer a part of. Time has passed them by, and while half of America was petrified by the culture switch, with hippies, weed and sexual liberation, the other half, as portrayed here, were keen to embrace it, blissfully ignorant of the damage it was causing behind their picket fences.

The imminent arrival of the brutal ice storm of the title is only one of many constant clouds on the characters’ horizons.

Comparisons could be made to Bogdanovich’s The Last Picture Show, another film that explored the myth of the American dream, through the prism of a series of sexual encounters. There’s a touch of Mike Nichols too, in the nonchalant attitudes of many of the suburbanites, trying desperately hard to be hip. Weaver’s Janey, meanwhile, doesn’t need to try. Indeed, she’s the only character that truly owns her flaws, engaging in affairs out of what seems like extreme boredom, more than anything else, an observation reinforced by her now iconic line, “You’re boring me,” directed at Kline, as he begins to ramble about problems at work, in the bed they are about to get extra marital in, “I have a husband, I don’t particularly feel the need for another.”

A key party provides the centrepiece of the whole story, taking place as the great ice storm rages outside. Infidelities are revealed, while many more are encouraged, the children, meanwhile,  running amuck at home, culminating in loss of virginity, and more significantly, of life, when Mikey is killed playing on the ice near a fallen power cable, the ultimate cost of parental neglect.

Lee’s reputation as a versatile director of character dramas was already firmly established when he came to the project, but he also had a keen visual sense, be it Allen feeling her first hint of freedom in a decade by coasting on a bicycle, or Kline entertaining himself by bobbing up and down on his neighbours waterbed.

As Lee himself stated, “It’s about aftermath, the hangover of the 60s. Being a foreigner, I can be sympathetic, yet detached from what I’m showing.”

The director focused this detachment on the family unit itself. The adults are portrayed as children, while the children are seen as studious, earnest and far more engaged with the political and social changes occurring around them. Conversely, men are portrayed as the more emotional of the sexes, a deliberate character flourish that reinforces the notion of the great lie at the heart of marriage. Women, as always, do the heavy lifting, and marriage is nothing if not the heaviest work there is.

Of course, portraying such a vast range of emotional beats would be daunting for any ensemble, yet Lee had a knack for getting the best from his actors, all universally excellent here.

Kline is always at his best playing sexually deviant characters, his gentle voice and pleasant mannerisms the perfect cover for a man plagued with doubt and lust, his Ben Hood is like Don Draper, without the successful career.  Allen has played dutiful mothers on many occasions (from Pleasantville to The Notebook. Even Face-Off, if you really stretch it) and her portrayal here is utterly compelling. She downplays the sexuality of her character, but it’s all there in her eyes. All that potential, passion and suspicion. Watch any number of scenes where she features in the background and she quietly acts everyone else off screen. Ricci and Maguire round out the family beautifully. He is the scholar who attends prep school, while she is the promiscuous black sheep, a role Ricci has played on more than a few occasions herself, and one that Natalie Portman turned down. Her scenes with both the Carver boys are laced with awkward glances and a delicious moment in which she fools around with Mikey, while wearing a Nixon mask.

He may not be ‘a crook’ but we could never rule out voyeurism.

The secret weapon of the film is Weaver, whose role is small but pivotal. Her matter of fact-ness is startling, her motivations no less cruel. She shows little love or affection for her children, even less for her husband. In short, she’s living the American dream, but on her own terms, with a distinct style and cold demeanour, reflected in the stark, transparent surroundings of her own environment.

Although many of the interiors were shot on sets, the majority of filming actually took place within the real New Canaan, cinematographer Fred Elmes (who had worked with David Lynch) revelling in an attention to period detail: Janey’s house is a thick slice of minimalism, the complete flipside of the Hood’s more comfortable colonial surroundings, while a see-sawing colour palette: warm yellows and browns when the sun shines (in part the result of shooting in July rather than November), and all cold blues as the storm approaches and the clouds roll in, both literally and symbolically.

The film was a critical success, and won several awards, including a screenplay trophy for Schamus at the Cannes Film Festival in 1997, and a Supporting Actress BAFTA for Weaver,  yet made only $7.8 million from a limited release (its budget was $18 million), perhaps its punishment for an honest portrayal of a time in America that many would rather forget.

Its reputation, 21 years on, however, remains intact and as a document of an era, it uses the family as a microcosm for all that is rotten at the heart of our values.

The final scene has the family back in close proximity, in a parked car, the morning after the storm. Kline turns to look at each of his loved ones and slowly breaks down into sobs. They all begin to comfort him, but the sense of loss is palpable.

He isn’t just crying for the potential destruction of his family. He cries for his youth, for his manhood, for America.

The Ice Storm is available on Criterion Blu-ray, DVD and streaming services.