Adopting the upper echelons of Korean academia as her springboard, writer/director Su-won Shin applies the nature/nurture debate to human evil for a chilling, Nietzschean social satire.

Meek student June (Da-wit Lee) transfers from a middle-class school to a private academy, whose top 1% are bracketed into a hermetic, intellectually incestuous faction. The boy immediately wants in, but though he ranked among the 1% of his previous school, June only places 67th on the class leader-board after his first exam. The film explores how the Korean education system breeds and cultivates a poisonously competitive spirit in its students (South Korea currently holds the highest suicide rate amongst students, attributable to their rigorous College Scholastic Ability Test), and in flashbacks illustrates how June became the most monstrous member of a monstrous class. 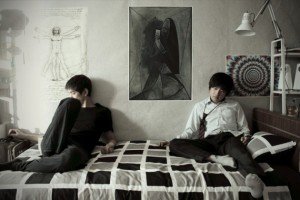 Of course, Pluto isn’t the first film to examine the sycophantic hierarchy and tractable innocence of Korean youth – Sang-ho Yeun’s The King Of Pigs (2012) is a mercilessly nihilistic treatment of the subject, its crude drawing style befitting a story of past sin (performed in the classroom) unearthed and paid for. The films would make for a compelling double-bill, as they also question the worth of any friendship made in a landscape of systematic oppression; how many bonds are genuine, and how many are made as a way to advance the academic ladder? 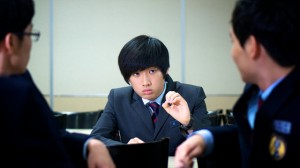 The film begins with the murder of Yujin (Jun Sung), the 1% of the 1%, and leader of the elite’s secretive project, designed to protect their privileged position (that their meetings take place in what was once an underground torture chamber – the building is an ex-K-CIA headquarters – builds in further layers of allegory). June is brought in for questioning, pleading his innocence, and Shin’s ingenuous structure loops back in time to investigate an intellectual rivalry based around the validity of Pluto’s recent demotion.

Another metaphor emerges here, imagining the academic hierarchy as parallel to the hierarchy of the solar system. June questions the validity of a hypothesis which imagines the solar system (the school) as the constant and most important centre of a vast universe, and he (standing in for Pluto, demoted from its 1% status and now a mere clump of meteor) challenges the entrenched mode of methodology which classifies a planet (i.e. who selects the 1%, and why is their grading viable?). There is an even deeper tie, though, between June and the elite, a spiritual bond; it was only the suicide (/demotion) of a recent 1% student which made his transfer possible – it is suggested that his ascension to their ranks may even be an inherited blood right. 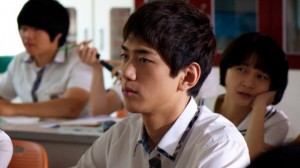 Also competing for attention are two detectives (Sung-ha Cho and Sang-woo Park) looking into Yujin’s death, which at first feels like unnecessary filler, but comes to play a vital role in tying the film’s various strands together (also, bobbing and weaving between characters in the course of their investigation, they tie together the middle and upper classes, and highlight that inordinate pressures are being applied even among the teachers). 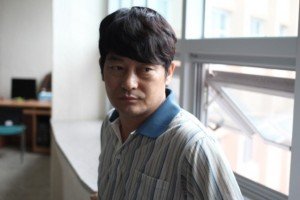 Where the film stands apart from contemporaries like The King Of Pigs and Confessions (see also: Antonio Campos’s Afterschool and the recent Kazakh drama Harmony Lessons) is in the detail of its characterisation, and the stunning performances of its young leads. Lee is a particular highlight as June, treating the radical, 180° about-face of his character with nuance, and rather than asking us to forgive the character for his actions, instead trades in subtle gestures to earn empathy. Sung, as Yujin, performs the opposite – a seemingly innocent victim, he slowly loses our sympathy by an increasingly demented series of requests, but the shades of his performance become increasingly complex as Yujin’s bond to June becomes deeper than the one he holds with the group, and their push-pull dynamic, destined to end in violence, becomes fatally engaging. 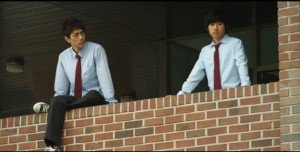 And when the violence comes it is brutally effective, even poetic. “Friends are for humans, right?”, asks Yujin in one desperately moving scene. But just at Pluto’s (literally) darkest hour, when the humans are hard to see for the shadows, Shin performs her directorial masterstroke, focusing on the message left on a piece of paper by June for his Mother. After moments blackly funny and stomach-churning, the deep and lasting sadness influenced by this note confirm the film as a masterpiece.

Pluto is being screened at The London Korean Film Festival which runs 7th November – 22nd November 2013.