Two people with absolutely nothing in common, alone in the wilderness, has endless possibilities in terms of the story it can create and what can enfold. Here, the remake of 2011 Icelandic comedy Either Way weaves its way through the Texan wildfire-stricken landscapes to bring about this almost-carefree dramedy.

Prince Avalanche presents a mismatched partnership, serious Alvin (Paul Rudd) and his girlfriend’s brother, the insecure Lance (Emile Hirsch), leave the city to work in solitude repainting the highways affected by wildfires. As they work with only each other for company, they start to lean more about each other, resulting in a strange friendship.

Since Your Highness and The Sitter in 2011, writer-director David Gordon Green’s style of comedy has matured quite drastically with his first directorial outing since, and was subsequently featured in this year’s Sundance Film Festival. However, with this matured approach to filmmaking, there is a slow, relaxed pace that reflects through the wilderness – it is unfortunately a pace that feels too leisurely to be taken seriously. It takes a while to get adjusted to their surroundings and what the friend/relationship of these two characters will become promotes a sense of uncertainty.

The characters themselves, Alvin and Lance, represent the ying and yang of this outfit – Alvin, comfortable in an isolated environment and embracing the wild while Lance thinks about girls and is evidently out of place with nature. The same can be said for the actors’ performances; Rudd, an accomplished comedic actor, is strangely watchable as the serious Alvin whilst Hirsh, better known for his dramatic performances in Milk and Into the Wild, unconvincingly tries to be the loveable loser. 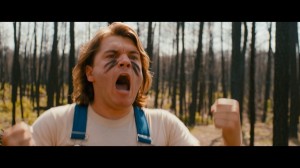 Aside from the much-needed comedy brought by Lance DeGault, the tranquil backdrop of Texas is the real star of Prince Avalanche; the bare forests are a long way from similar ‘isolated’ dramedies like Lost in Translation, where its protagonists get caught in the chaos. Here, they are lost to the quietness and simplicity of the woods and it is this that makes the film all the more engaging and effective. 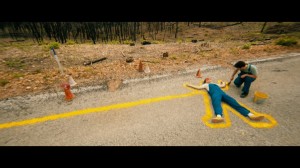 Prince Avalanche has fair performances and its relaxed direction may appease fans for Gordon Green’s dramatic features, signaling the return of mature filmmaking.