Set in a suburban, perpetually rainy part of Pennsylvania (though shot in Georgia), Denis Villeneuve’s Prisoners focuses on the tragedy of two little girls, one white, the other African-American, who simultaneously disappear. Eliza Birch (Zoe Borde), the black girl, and Anna Dover (Erin Gerasimovich), the white girl, go missing after a Thanksgiving dinner where their two families have gathered to eat venison from the deer just killed by the teenage son Ralph (Dylan Minnette) of the survivalist white dad Keller Dover (Hugh Jackman). Cynically one may say, two little girls, and of different races: a good setup. (Police generally are less helpful in pursuing disappearances of boys.) 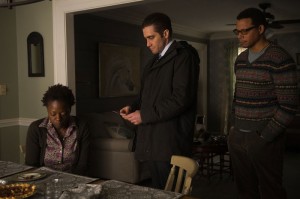 Suspicion turns to an RV Ralph saw the girls near before they disappeared. Its occupant, Alex Jones (Paul Dano) is taken in for questioning by Detective Loki (Jake Gyllenhaal), already in charge of the case. But Alex, said to have only the mental capacity of a ten-year-old, has nothing to say, and there’s no evidence in his RV, so he’s released, despite Keller’s insistence that he’s guilty. This is where the plot and action are commandeered by the oddly named Keller Dover. He kidnaps the stringy-haired, pop-bottle-bespectacled, wispy-voiced Alex to hold him and torture him in a wrecked building Keller owns that was once occupied by his father. Keller drags the other father, Franklin Birch (Terrence Howard) over to witness what he’s doing. Franklin is horrified. Terrence Howard as usual provides subtlety and sensitivity that are otherwise lacking, but he’s overwhelmed by Jackman’s wooden, one-note performance in a loud and violent role that dominates what now becomes a gruesome and violent picture. Birch is appalled, but lacks the will to oppose. Eventually the crime or crimes — other child abductions are referred to — find somewhat hokey solutions. But Prisoners is a cheat. It holds one’s agonised attention for all of its excessive 153-minute length, but it leaves one feeling empty. Let’s see why. 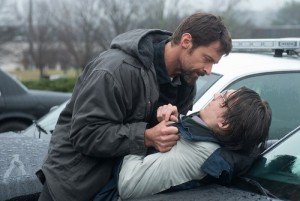 First, this is a washout as a police procedural. In each case it’s by accident that the wrongdoers are found. If they are found. Details are provided at the end, but not all the loose ends are tied up. And the whole affair is haunted, because having Jake Gyllenhaal as the investigator — with zodiac tattoos on his fingers, no less — means Villeneuve has co-opted a better film. Jake’s buttoned-up shirt collar and dark intense eyes bring back obvious memories of David Fincher’s maniacally complex and tedious, ultimately perhaps brilliant Zodiac, in which Gyllenhaal memorably plays Robert Graysmith, the San Francisco cartoonist who turns into a tireless investigator. The twitchy, lifeless Loki’s investigative efforts aren’t remotely worthy of Zodiac and only disappoint more due to the inevitable comparison. It seems like Loki’s function is less to detect the perpetrators and more to tamp down Keller’s wild behaviour and belatedly discover his too-easily-concealed wrongdoing. In the event, Loki is oddly given no life outside the investigation (he ate his Thanksgiving dinner alone in a Chinese restaurant), not even a first name. The procedural leads to a drunken priest with a corpse in his basement he says is of a serial killer, but that goes nowhere. There’s another suspect whom Loki tracks down a bit late. But a lot of time is spent on Keller Dover’s gruesome torture (vividly shown). And there’s no teamwork. Loki and his uncreatively named boss Captain O’Malley (Wayne Duvall) don’t cooperate. They yell at each other, and trade “F-ings.” Later a mishap (to put it nicely) occurs in an interrogation room that makes the cops look outrageously inept, while adding yet one more gruesome tableau. 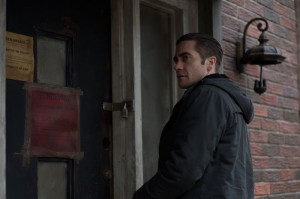 Second, the film is crude and monotonous. Dover is an opaque and tiresome character as written, relentlessly sticking to his unfortunate victim after better suspects turn up, a rage-aholic who turns back to drink after nine years sober and gulps his liquor from tall bottles; but Jackman’s excess and lack of nuance make the character even more uninteresting. Keller’s wife Grace (Maria Belo) meanwhile stays at home heavily sedated on tranquillisers, pretending to herself that her husband is helping the police. Everyone in this story begins to seem either dumb or dumbed-down. Even an ounce of intelligence, irony, or humour would have helped. 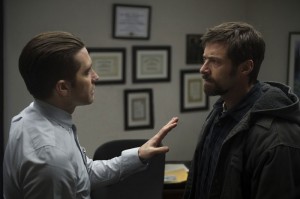 We may say that the locations, especially the wet, cold exteriors — it’s continually raining, or briefly and suddenly snowing, throughout the week of the action — are another, arguably more interesting character in the movie. The well-known cinematographer Roger Deakins knows how to make greyness glisten with a nice moody sheen. But this thick wet laying-on of atmosphere is another part of the film’s heavy-handedness/ And we still have to deal with the clumsy editing, the haphazard and rambling action. The story is rife with non-sequiturs like the snakes, the mazes and the drunken priest. There is a tired repetitiousness about the constant trips back and forth in Keller’s pickup truck to his personal Abu Gharib. Hints at significance abound. Keller and Loki both repeat slogans about expecting the worst, and mentions of God thread in and out of the screenplay by Aaron Guzikowski to hint of some grand message that never, perhaps happily, comes. Guzikowski’s only previous credit is Contraband, starring Mark Wahlberg, a producer here. That was an enjoyably chaotic and violent B-picture. Here his focus on a more “significant” and tragic story makes it much more clear that Guzikowski isn’t melding his ingredients into a solid whole. 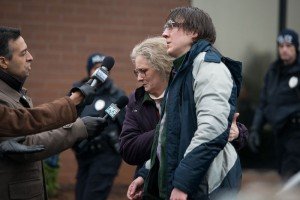 What does it mean to say a young man has the mental capacity of a ten-year-old? A ten-year-old can be a genius. IQ is not a function of age. Alex is one of Dano’s over-stylised performances: a simpering wimp. A better movie would make this role less simplistic. But then look at Jackman. And look at Viola Davis (as Terrence Howard’s wife), a fine actress given too little to do. A cast of experienced actors, well-known Hollywood names, is wasted, misused, miscast. Gyllenhaal is the most memorable, but it’s better to remember him as Graysmith. 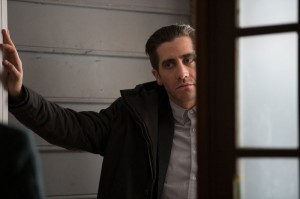 Sometimes a new movie by a director makes one question the merit of earlier ones. Prisoners is a thriller so overwrought and misguided it casts doubt on the French Canadian Villeneuve’s acclaimed previous feature Incendies. The switch to Hollywood and English also may not have been for the best. The ponderous and pretentious manner of Prisoners, which lacks the scale or complexity of Demme’s 35-minutes-shorter Lambs or Eastwood’s 15-minutes-shorter s Mystic River (Dennis Lehane’s sense of community and place are missing), makes one remember that while Incendies seemed impressive — its subject, the civil war in Lebanon and its impact on a Lebanese-Canadian family, was layered and resonant — it was also a little too humourless, relentless and full of itself. Same thing here. Avoid. 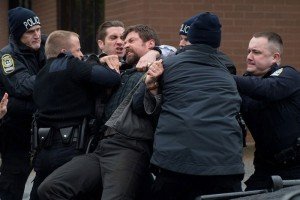