There is a no bigger surprise when you see a film about a seemingly ordinary person with an extraordinary life.  So when you have an adaptation based on the memoirs of a former World War II soldier that is full of top-notch talent, it is hard not to be intrigued. 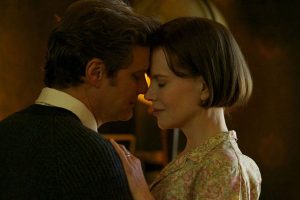 The Railway Man is the true story of British soldier Eric Lomax (Firth), who was a Japanese prisoner of war.  As his wife Patti (a Plain-Jane Kidman) sees the trauma of his former life affecting his marriage, Eric struggles to move on from his experiences until his old friend Finlay (Skarsgård) presents him with a chance for him to overcome his fears once and for all – by killing his former tormentor, the camp’s translator Nagase (Hiroyuki Sanada). 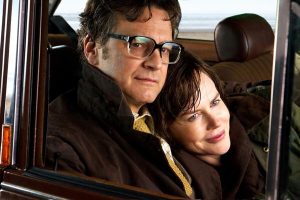 The idea of award-winning talent such as Firth and Kidman in a dramatic tale of revenge and reconciliation is sure to capture the attention of critics, but in truth, it features a very downplayed performance from both the two veteran actors.  They have very little opportunity to really shine in their roles, the former especially considering his amazing turns in recent years such as Tinker Tailor Soldier Spy and The King’s Speech (2010).

However, there appears to be a gradual change of tone in the film that actually works; what starts off as a tentative romance turns into a harrowing story of survival – as Patti learns the truth about Eric’s past, the film takes a more serious tone in its flashbacks of his time in the POW camp (his younger self portrayed by Jeremy Irvine), which dominate the majority of the film.  In fact, it is Irvine’s dynamic screen presence that essentially drives the film and its audience into its emotional core. 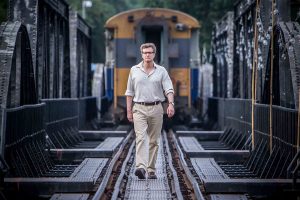 Even though the intention to pay tribute to Lomax’s life is evident, director Teplitzky lacks narrative power behind what should be a traumatic experience.  When you see more poignancy in the end credits rather than the actual film, it is a sign to show where the real strength of the story lies.

Overall, The Railway Man is a moving story and Irvine puts in a great performance but it is more of matinee movie territory rather than award bait. 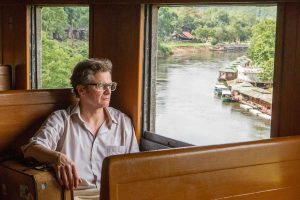 The Railway Man is out in UK cinemas on Friday 10th January 2014.