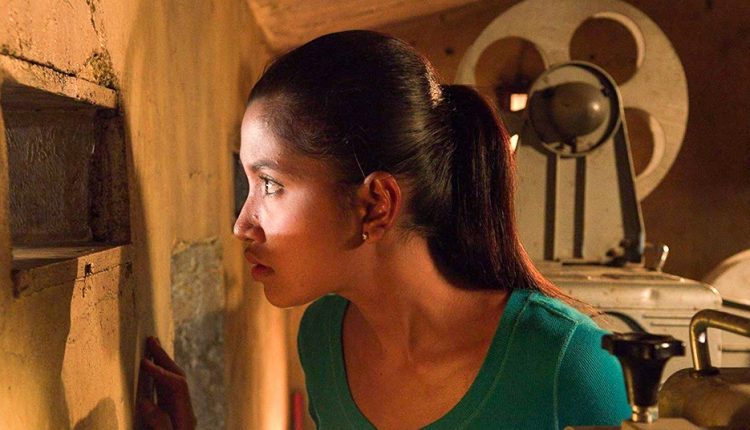 As part of the 7th Asia House Film Festival, the debut directorial feature by Cambodian director Kulikar Sotho will be having its European premiere and given its acclaim at Tokyo and Singapore International Film Festivals (winning the ‘Spirit of Asia’ award at the former), it is set to make a mark on the country’s film industry.

The Last Reel tells the story of the rebellious Sophoun (Ma Rynet), who hangs out with her biker gang boyfriend Veasna (Rous Mony) and defies her traditionalist solider-father (Hun Sophy). One night, she tries to retrieve her scooter parked in an abandoned cinema where she comes across a film directed by the cinema’s depressed owner Sokha (Sok Sothun). Upon finding out that the film not only stars her now-psychologically fragile mother (Dy Saveth) but is also missing its last reel, Sophoun and Veasna help Sokha finish the film, in a bid to help her mother revive her former life.

The Last Reel is a notable piece of filmmaking as it is believed to be the second Cambodian film to use the country’s pop cultural/filmmaking history to comment on the Cambodian Genocide between 1975 and 1979 by the Khmer Rouge, whose victims included filmmakers and actors at that time. Additionally, only 30 out of 300 films made in Cambodia ten years before the regime survived.

In terms of the film itself, the plot and certain elements such as stereotypical characters (the tyrannical father, rebellious daughter, troublesome boyfriend) are slightly unoriginal, and the number of plot twists feel overindulgent considering the film’s lacklustre climax. Additionally, the script is over-sentimental in places, harsh in others, effectively losing its balance between what it is and what it aims to achieve.

Having said that, while the acting is emotional and understated, especially from Rynet, Saveth and Sokthun, and the film is shot beautifully, The Last Reel is better seen as a pseudo documentary rather than a drama. Like the film it tries to recreate, it is a celebration to Cambodia cinema. The inclusion of established stars in the cast, such as Saveth and Sokthun, who were major players in the industry before the Khmer Rouge regime, alongside younger generations is inspiring and the exploration of the brutal and psychological aspects of the Khmer Rouge regime show a bold, unflinching account over a dark chapter in Cambodian history.

As a feature, The Last Reel lacks originality, but as a homage to Cambodian cinema, it shines.

The European premiere of The Last Reel will take place at London’s Rich Mix on Saturday 28th March, with a Q&A with director Kulikar Sotho.