In 2010, British documentary Senna unveiled another side to Formula One.  As it shed light on the rivalry between Ayrton Senna and former team mate Alain Prost, it also emphasised the competitiveness and the life-threatening dangers of the high-speed motor racing.  Now, director Ron Howard reunites with Frost/Nixon screenwriter Peter Morgan to bring to life another volatile relationship between two Formula One drivers. 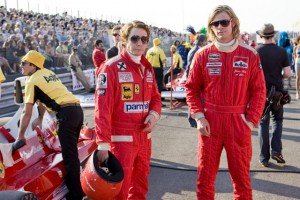 Rush details the feud between the methodical and focussed Niki Lauda (Daniel Brühl) and the unconventional playboy James Hunt (Chris Hemsworth).  As they progress through various competitions, they continually clash on and off the track, culminating in a life-threatening event during the 1976 Formula One championship. 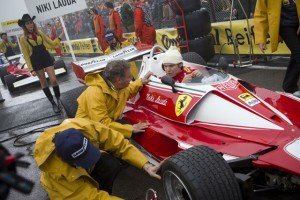 Despite the fact that this is essentially jumping on Senna‘s back wagon, the real-life animosity between Hunt and Lauda proves that there is a story that needs to be told.  Through personal conversations with Niki Lauda himself, screenwriter Peter Morgan helps make the film to be more than the average film biopic – instead, Rush resembles more of a personal story, so the struggles of the protagonists become easier to resonate with the audience as a result. 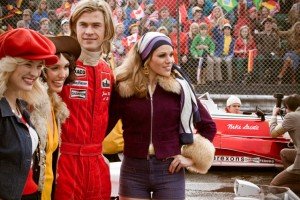 It is easy to compare this feature with Howard’s 2008 feature Frost/Nixon; two high-profile people, who share a tense and almost confrontational chemistry.  However, Lauda and Hunt seem to have a balanced rivalry in comparison to David Frost and Richard Nixon – they share the same ambition and the only thing they disagree on is their approach to the sport.   Brühl’s performance is engaging as the dedicated Lauda and Hemsworth is charming as the ‘beautified’ Hunt.  What is surprising is that their on-screen confrontations adopt a mature and intense style by focussing their efforts and thoughts into their racing, highlighting their mutual dedication to the sport.  If the two male protagonists got involved in fisticuffs rather than psyching each other out on the track, it would have made a completely different film. 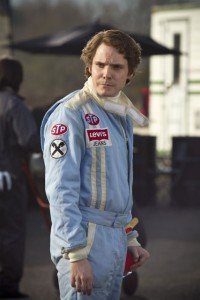 Howard is not renowned for his thrilling films, but with the help of Morgan, Brühl and Hemsworth,  has managed to create such an adrenaline-fuelled film, which is also tense and inspirational at the same time. 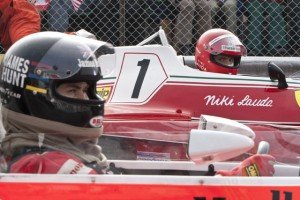 Rush is out in UK cinemas nationwide on Friday 13th September.