I just got back from my second screening of Martin Scorsese’s latest opus Shutter Island (saw it on opening day as well). I truly felt as though I couldn’t give any sort of intelligent criticisms about the film without having seen it for at least a second time. Now that I have, I believe my honest opinions of it have snapped into clearer focus. I will do my best to tread very lightly, but if you do intend on seeing this film, I would recommend not reading any further.

Let’s get this right out of the way – the twist of the film is fairly obvious just from the trailer. I think the marketing behind the film made a huge faux pas with the first preview they released (which they subsequently corrected with their second pass on it). If Shutter Island had come out twenty years ago, I think it would have been one of the most shocking experiences ever and would’ve left audiences with mouths agape. But in the post-era of films like The Usual Suspects, The Sixth Sense & Fight Club, I believe moviegoers have been conditioned to arm themselves from the onset by trying to figure out the mystery before they even know there’s one to decipher. Shutter Island tips its hand a little too early in the game.

With that said, Martin Scorsese is a master filmmaker – in my opinion, maybe the greatest American filmmaker of all time. I do not believe that he is capable of making a bad movie. On his worst day he’s still better than 90% of most directors on their best day, so do not mistake this criticism as dismissing Shutter Island as a predictable piece of cinema off of the Hollywood conveyor-belt. It’s not that at all. 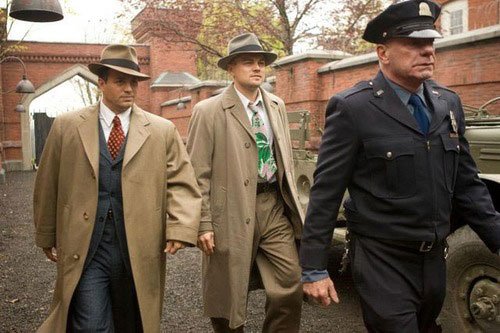 The story involves two United States Marshall’s being brought onto an island in Boston Harbor where the infamous Ashecliff mental hospital for the criminally insane resides. Leonardo DiCaprio and Mark Ruffalo play the respective leads and are charged with the mission of locating a missing patient who seems to have literally evaporated straight through the walls of her room. The always excellent Ben Kingsley and Max von Sydow also star as the two doctors with vastly differing ideologies, who are running the asylum. As all of the promotional material suggests, nothing is quite as it seems.

First and foremost, all of the performances are near perfect across the board. DiCaprio continues to prove his worth as one of the most in demand actors of his generation. His work here walks a very fine line between intensity and vulnerability and he’s never not completely convincing. Ted “Buffalo Bill” Levine and Jackie Earle Haley both swoop in with scene stealing sequences (the latter seems to be making a killing on playing total creepshow roles these days, while the former has a line of dialogue that echoes in your head throughout the rest of the movie – “If I were to sink my teeth into your eye right now, do you think you could stop me before I’ve blinded you?” Jesus…) Michelle Williams, Mark Rufallo, Emily Mortimer & Patricia Clarkson all put their acting chops on full display. Scorsese has a knack for getting great performances out of his actors and you can truly see that these folks show up with their A-game. Kingsley and Sydow are amazing as psychiatrists with dueling schools of thought. When news of a hurricane rolls in, Kinglsey’s main concern is the safety and well being of the patients. Sydow is more than willing to shackle them all in their cells, even if it means possibly drowning the lot of them.

The cinematography is stark and gorgeous. This feels like Scorsese’s version of The Shining in many ways. Flashbacks to DiCaprio’s memories of liberating a concentration camp are some of the most haunting images I’ve ever seen committed to film. Dream sequences that take place between Teddy and his dead wife, Dolores, are easily the most powerful in the entire movie. The music is both bombastic and morose and there is such a melancholy undercurrent working at all times that it’s hard not to get swept up in it.

There are problems that I had with the flick, however. By the end of my first viewing I couldn’t help but feel that the resolution was sort of anticlimactic. Having anticipated how things would play out, the movie does feel like it hits a wall in it’s last act and I was especially surprised by a moment where a purposefully lit chalkboard is unsheathed with a rather important plot-point literally spelled out on it. For such a skilled filmmaker who can command weighty dramatic moments with understated subtlety, it really felt like a big revelation was way too on the nose. There also is a sense that certain sequences that have come before would no longer seem realistic – although, I supposed much of what we’ve seen throughout the film could now be called into question in regards to what was illusion vs. reality.

Seeing it a second time, though, I realized something. Shutter Island is not a movie that is meant to be fully digested in just one sitting. Knowing the exact details of the twist, the next viewing becomes more about absorbing the minutia. There were several things that were slipped in right under my nose that I was able to catch the second time around. I suspect that upon multiple viewings, there will be even more subtext meant to be unearthed. I can’t say that the ultimate payoff of the movie is wholly original, but I can say that the intelligence behind it is worth revisiting.

So what’s the bottom line? I saw Shutter Island twice. The first time, I enjoyed it but felt that it lacked the Scorsese one-two punch I had grown accustomed to over the years. The second time, I enjoyed it much more and appreciated the quiet nuances that hid beneath the surface. I have a good feeling that it will improve even more with a third go-around. As I said earlier, Scorsese is incapable of making a bad film – his movies only exist in varying degree’s of greatness. This one may not be among his all time best, but at the end of the day you still owe it to yourself to go out and see a Martin Scorsese picture.

Because there’s only one guy in the world who can make one of those. 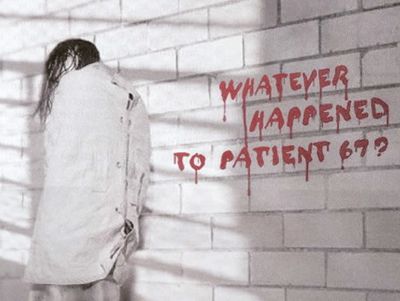