by Chris Watt
in Feature

There is a famous quote, attributed to Glenn McCormick, that states “Time heals all wounds.”

This is fairly non-specific, to say the least, and if McCormick had been, say, a film producer, then perhaps the word wounds could be replaced with audience. But then, there are many different types of wounds in the world.

The focus of Alexander Stuart’s incendiary novel from 1989, The War Zone, is that of a family imploding under the weight of consequences associated with incest. Unflinching, and unbearably real in its construction, Stuart’s novel is at once a portrait of a seemingly normal, loving family, and the darker aspects of a depravity so twisted and disturbed that it almost doesn’t bear comprehension.

The book came to the attention of actor Tim Roth in the 90s, immediately striking him as a subject ripe for cinematic interpretation. Quite a bold move, considering such material has almost no chance of making any money, let alone finding an audience. 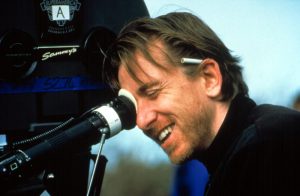 But then, Roth is a bold man, and in this, his first (and only) film behind the camera, we are given a piece of work that, nearly 20 years later, deserves not only to be recalled as a film of immense power and accomplishment, but also as an important social and cultural document, about a problem that, like a shadow on the wall, refuses to go away.

In the end, perhaps, time has done its job.

The story of The War Zone is that of a family. There’s Mum and Dad (Tilda Swinton and Ray Winstone) and two teenage kids, Jessie and Tom (Lara Belmont and Freddie Cunliffe). Recently moved from the city, to a coastal house in the middle of nowhere, or Devon, to be more precise, the opening scenes of the film paint a portrait of a typical British family, albeit not for long.

The story really begins with labour. Mum is pregnant, and her water breaks, leading to a mad, late night drive to the hospital. There are screams of pain, while the kids mess about in the back seat. Then a fallen tree causes the car to flip over.

In a moment of horrific symbolism, the baby is born into the world upside down, in the middle of the carnage.

Roth’s film is full of such moments. Moments in which the seemingly normal takes on a twisted, almost surrealistic flavour.

Tom is our eyes and ears, the perfect cypher through which interpretation will take many complicated turns. On the cusp of manhood, with hormones raging, he is a gangly, awkward mess, tripping over his own feet, or sitting quietly, bored out of his mind. His older sister, Jessie, is college bound, mature, yet distant. The qualities of the kids are, of course, those of any teenagers at that stage of their life.

Then, one afternoon, Tom catches a glance through the bathroom window, seeing Jessie and Dad in the bath together.

And in that moment, the film switches gears.

Roth has stated on many occasions that he wanted to make a “grown up film about children” in which we become slowly aware that the Dad, who clearly loves his kids, is also “the Devil at the dinner table.” 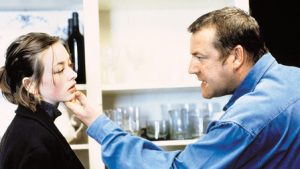 Roth, like Winstone, got his start as an actor, working for Alan Clarke, one of the UK’s greatest directors, and has made mention of the influence he had on his many directorial choices for The War Zone.

Interestingly, the aesthetic does not appear to be one of them. Clarke had a resolutely no nonsense approach to style, favouring long steady takes to craft a panorama of chaos. Roth’s visuals are far more classical in style, utilising the Devon countryside and coastline, in lush widescreen, more reminiscent of Kieslowski. It’s a deliberate choice, of course, Roth keen to avoid comparisons to the grittier, kitchen sink dramas usually associated with such dark subject matter. Indeed, the director jettisons any hand held camera work completely, instead making the audience observer, rather than participant.

Many of the images seem carefully constructed, particularly in terms of nudity. Mum and Dad are framed by doorways, lying naked on the bed, as if posing for Caravaggio, while, bravely, Roth dares to shoot many of Belmont’s nude scenes against black backgrounds, as if this damaged girl is about to fade away completely.

The female form is where much of the power and conflict of the film resides. In Swinton’s post pregnancy frame, we are shown fragility, body trauma, but also strength and femininity. Belmont, meanwhile, displays fragility and trauma of a different type, much of her battle internal, while she displays herself, in front of her brother, lying back on her bed, using her body as a final word in their constant power play.

In Stuart’s novel, sexuality is the no mans land of battle. Tom is hormonal, Jessie manipulates this, torments him even. She is a far more promiscuous character than her screen incarnation, her relationship with her Dad made up of far more complexities than any film can really articulate. Roth’s film hints at Jessie’s wish to be taken by her Dad “the way you do it with Mum,” yet it’s a request denied her, for obvious reasons. The film can only deal with these issues in broad strokes, which brought the film a lot of criticism from people who found the film exploitative.

On the contrary, there is nothing exploitative within the context of the film’s rough edges. The story’s title isn’t an ironic metaphor. Its description is apt, appropriate and on-point.

There is far more sexuality within the novel than the adaptation, a choice of both economy and symbolism. Sex is a joyless, animalistic act here, shot with harsh light and even harsher blacks.

This is a film made up of many conflicts, all behind closed doors, be they the doors of the house, or of the disused army bunker perched at the top of the cliffs, where Tom witnesses his Dad sexually molest his sister.

This sequence is graphic, almost unwatchable, and a credit to both Winstone and Belmont, who fearlessly make the moment seem both paternal and utterly monstrous.

There are whispers exchanged, some that we barely catch, but just enough detail to ascertain that this is a problem that has been going on for many, many years.

Tom tapes the event, before tossing it to a watery grave over the cliff edges, that slice like knives into the tempestuous, ever churning waves. It’s a telling moment, the boy torn by repulsion and a strange sense of familial integrity, but also, more hopelessly, by the fact that the event he witnessed was so unrelentingly shocking that, evidence or not, no one would probably believe it.

Cunliffe has the least showy of the roles here. He is observer, passive and confused, but there is something so desperately sad in his eyes, in the way he carries himself, as if the weight of what he has witnessed is literally grinding him into the ground.

The casting of Swinton and Winstone is also interesting.

Indeed there can be no other two actors seemingly further on the class spectrum than these two and one wonders how on Earth Mum and Dad ever met, let alone got married. And yet, the casting is symbolic, a nod from the film maker that this kind of incestual abuse doesn’t adhere to one spectrum.

It happens at every level of society, classless and underground. This is not a film about one family, it’s a film about every family.

If the film has a standout, it’s Belmont, who is simply remarkable as Jessie. 17 at the time it was filmed, and having never acted before, she throws herself into a role of extreme complexity, exposing us to Jessie’s feelings, psychological make-up and, by the film’s final third, complete loss of comprehension. 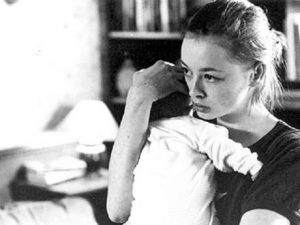 Indeed, Roth almost blows it in his climax, jettisoning the books sense of confession for a knife in the gut. You can’t blame him, really. The film is boiling over and the pot is going to blow, and in cinematic terms, there really was nowhere else for the story to spiral to than a moment of random violence.

The truth behind this choice may be sadder and more shocking. Roth himself has stated that he veered away from much of the book, simply because most abusers never confess, and in later years, Roth has made no secret of the fact that he himself was a survivor of such abuse, which, while having no place within the film’s framework, does add an incredibly emotional layer of context to his intentions.

The film failed at the box office, was vilified by many critics, and, while generally considered an important work, quietly exited the stage.

These, however, are failings of the industry, of an artform that, by 1999, was being force fed effects extravaganzas masquerading as storytelling. Films that had nothing to say. That were about nothing.

In short, films that won’t last, that have no longevity.

The War Zone still retains its power and for those of us that took the time to see it in theatres, remains unforgettable.

This is art as liberation, as testimony, as painful truth.

And the film rings horribly true.

The ending is ambiguous, devoid of hope and resolution. The damage has been done and all these kids have is each other. Whatever that may mean. 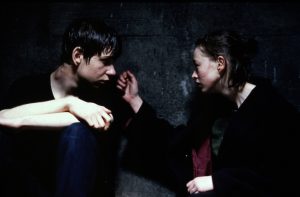 The film begins and ends on those cliffs, on those same tempestuous waves, a display of mother nature’s hold over our world. It’s a perfect visual conceit, a dare to the audience to question everything. To ask ourselves how on Earth this could happen, that such beauty could be violated by such force.

20 years on, the issues of this film have not gone away. Indeed, they show no signs of relent. The War Zone offers no easy answers. But its statement cuts straight to the bone.

Mother Nature might be cruel sometimes, but she has nothing on us.

by Chris Watt
No Result
View All Result