I really like Will Smith. A hell of a lot. Have you ever seen him on the promotional trail for any movie that he’s promoting? The guy is always full of good cheer and great energy and gives perhaps more value on every TV show and interview that he’s dragged into than anyone else I can think of. He truly deserves to be a star and there was, not so long ago, a time when the tentpole July 4th opening slot for Summer blockbuster movies belonged to him. Perhaps it’s because he had it all once before and lost it, perhaps it’s because he picks the right material to work with most of the time or perhaps it’s just because, maybe, he’s a genuinely great guy. Anyway, Men In Black III (main image) is about to hit our cinemas very shortly so before they use the neuralyzer on me let’s see if I can remember ten great Will Smith movies that fans should make sure they check out. 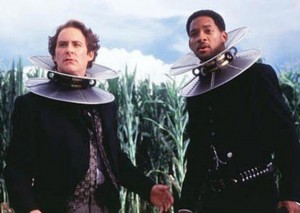 Okay, so I’m starting this list by choosing a film that Smith himself has admitted to everyone wasn’t all that good but I don’t care. It’s certainly not his best film but there’s still enough here to enjoy. Smith and Kevin Kline work well together, the steampunk designs are cool and Kenneth Branagh makes a suitably villainous villain. And Salma Hayek is in it. 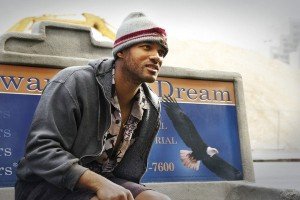 It’s not 100% successful from start to finish but this superhero movie with a twist (that twist being that Hancock is, to be quite frank, a bit of an ass) is definitely worth a watch for any one of a number of individual great moments. Jason Bateman lends great support and Charlize Theron is also great. 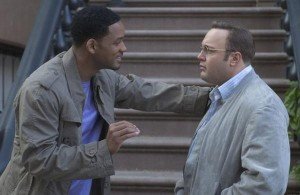 It’s JUST a romantic comedy, some people may say. That’s not true. Hitch, thanks to the lead performance from Smith and wonderful support from Eva Mendes and Kevin James (this remains, for me, his best cinematic outing), is one of the best romantic comedies of the 21st century. Very sweet in places and very, very funny. 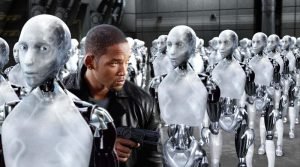 Fans of Isaac Asimov’s work may have been, understandably, upset by this sci-fi action thriller but it is, when judged apart from the source material that it barely relates to, a very slick and enjoyable yarn. A bit too much product placement was another factor that turned some people off but just wait until you get to any one of the fantastic action set-pieces and you’ll forget all about the weaker elements. It also features a standout turn from Alan Tudyk in motion captured form. 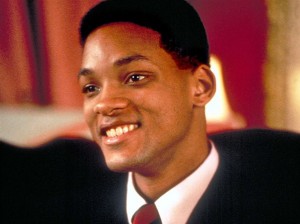 This remains, arguably, the most interesting film that Smith has ever done. Based on a play, it features a very strong supporting cast and focuses on dialogue and nuanced characterisations above all else. It’s a very interesting premise and if you haven’t seen it before now then I urge you to seek it out. 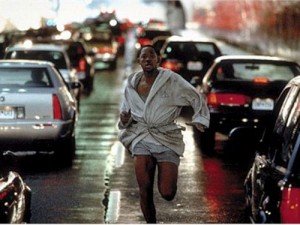 It’s the usual slice of hyper-edited hokum from Tony Scott but this benefits from two important factors that raise it up. The concept is scary but also scarily believable and the cast is one of the best assembled for this kind of action thriller made in the late 90s. Smith, Gene Hackman, Jon Voight, Lisa Bonet, Gabriel Byrne, James LeGros, Barry Pepper, Regina King, Ian Hart, Jake Busey, Scott Caan, Jason Lee, Jack Black, Jamie Kennedy, Seth Green, Philip Baker Hall, Tom Sizemore. You may not rate them highly nowadays but when the movie was first released this was a great mix of old hands and up and coming stars. 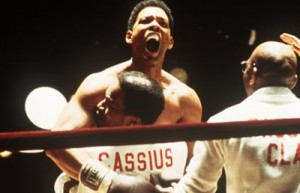 A great cast, a great director in the shape of Michael Mann and the role of a lifetime for Smith in this biopic of the boxing legend who could float like a butterfly and sting like a bee. It’s not a modern classic, in my opinion, but Smith gives a central performance that is, at times, uncannily spot on. 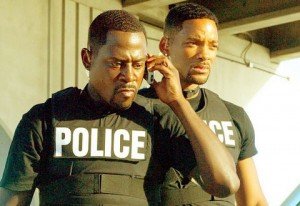 In the eyes  of many, Michael Bay is the bringer of all that is unholy in modern cinema. I like most of his movies. He often provides superb action moments and a lot of fun. Plenty of bang for your buck. He also, arguably, helped Will Smith on his way to becoming one of the biggest box office stars of the last 20 years by putting him in an action comedy alongside Martin Lawrence. It’s testament to the skill of Smith that even Lawrence comes across as pretty funny in the first movie. The second film added even more ridiculously bombastic moments and some amazing chase sequences, making it and its predecessor essential additions to the shelf of any self-respecting action movie fan. 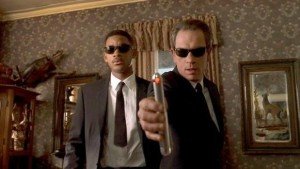 Barry Sonnenfeld directed this near-perfect sci-fi comedy that worked so well because a) there was a great script and b) Will Smith acting alongside Tommy Lee Jones made everything ten times funnier. Add some absolutely top notch FX work, a supporting cast that includes Linda Fiorentino, Rip Torn, Vincent D’Onofrio and Tony Shalhoub, a great soundtrack that features the usual jaunty work from Danny Elfman plus a hit song from Smith and some big ideas about our entire universe mixed into a script that features a winning one-liner in almost every scene and it’s not hard to see why Men In Black was such a huge hit and, indeed, remains a firm favourite among fans of great comedy. 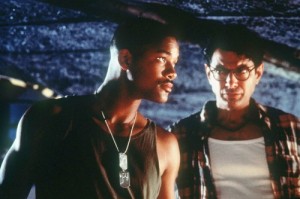 I think that I already said all that I need to say about this one here.

Feel free to reply with what you agree/disagree with. And while you’re doing that you can start singing the song now. Go on. You know you want to.

“Iiiiiiiiiiin West Philadelphia born and raised
On the playground is where I spent most of my days…..”

You may not have started reading this article with that song in your mind but I guarantee that you’re now trying to get it out of your head while you read this last paragraph. So here’s to The Fresh Prince Of Bel Air, a title still very appropriate for a Hollywood A-list star who unassumingly holds one of the top positions in the kingdom.

If you have a sudden urge to watch a classic Will Smith movie then why not sign up to LOVEFiLM for a one month free trial. You can rent great films such as Independence Day and Bad Boys on both Blu ray and DVD.