Director Roland Emmerich has a taste for destroying American monuments. Working chronologically: in Independence Day he blows up the White House, Godzilla sees the destruction of Madison Square Garden and the Brooklyn Bridge, The Day After Tomorrow collapses the Statue of Liberty and the Chrysler building, whilst 2012 sees the Washington Monument falling to the tune of what can only be described as disturbed whale noises. 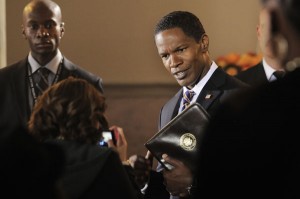 Disaster movies are his thing, and disasters that threaten and destroy symbols of America are his speciality. White House Down is no different as Emmerich returns to threatening the most recognisable “home” on the planet: 1600 Pennsylvania Avenue. 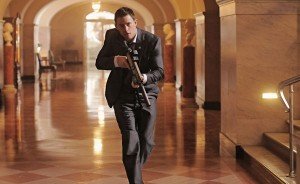 John Cale (Channing Tatum) is a Capitol policeman who has been forgoing his marital and paternal duties for the sake of serving his country. His marriage has long since ended and his 11 year old daughter, Emily (Joey King), hates him. She does, however, have one man in her life she is obsessed with: President Sawyer (Jamie Foxx). In a superb and realistic show of American heroism Cale decides that if he cannot be her hero, he will have to protect the one she has. Aw. 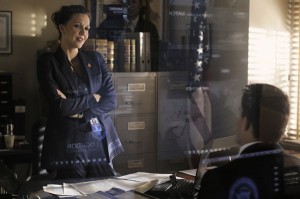 Cale interviews for a job in the Secret Service, but fails the first interview. After being denied the opportunity, he takes Emily on a tour of the White House when the complex is overtaken by a heavily armed paramilitary group. In a spectacular turn of luck (?) Cale is thrust into the role he wanted and must protect the president, his daughter, and his country – all without pay. 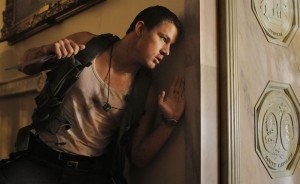 The atmosphere and tone of the film is strongly reminiscent of Independence Day, and it is easy to see Emmerich evoking some of the same themes and devices* he used so well in the 1996 blockbuster. In fact, a White House tour guide is kind enough to remind us of the area of the building that was destroyed in said film. And the buddy concept, although no “Smith and Goldblum”, works extremely well and is probably the strongest aspect of the film. Tatum and Foxx have a great back and forth and some excellent scripting allows viewers to indulge in some laugh out loud moments. 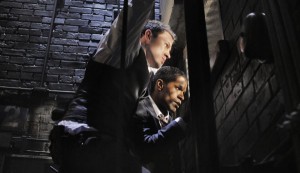 The film, at points, looks as though it is about to stray into a critique of the Obama administration. However, after briefly flirting with some poignant analysis of issues with the government’s division of power and second term re-election, the film shelves these deeper points in favour of some more blowing up of the White House. 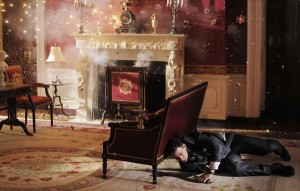 As we’ve seen in previous Emmerich films, the man loves a flair for the dramatic. No more so than in his endings, and audiences will not be let down in that regard. What they may find themselves let down by, however, is the lack of any real substance behind the action edits and clichéd narrative structure. It’s enjoyable to laugh with (and at), but sadly it has nothing on Independence Day. 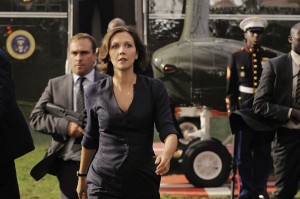 White House Down is in cinemas 13th September 2013.