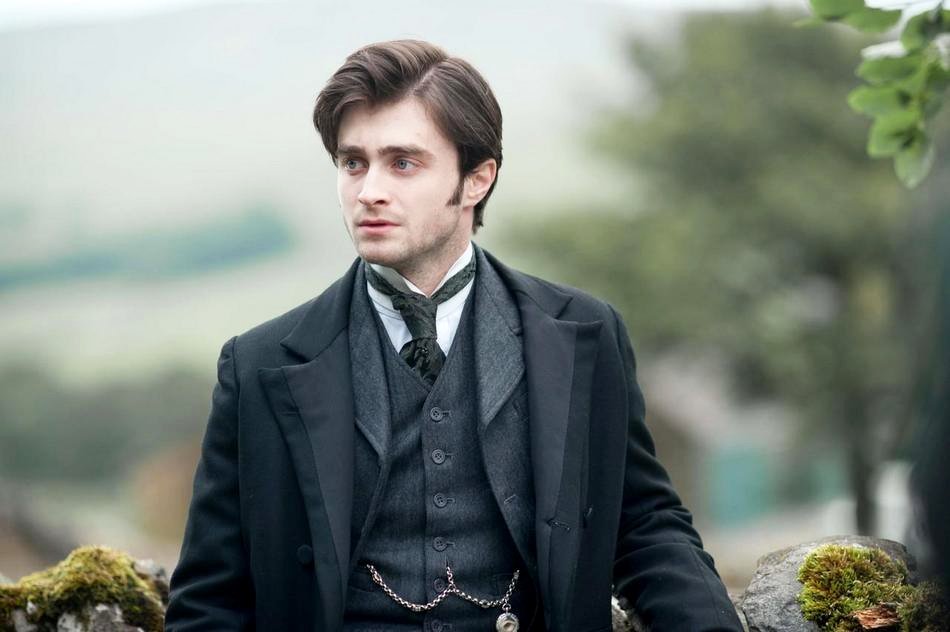 What a cheering prospect: two great institutions of British supernatural cinema making a good show of not being stone dead after all.

Latterly consensus had it that Hammer Film Productions, having introduced the post war generation to spanky gothic horror, was a long time deceased, wiped off the map thirty years ago by the Americans and their ghastly slasher franchises (Hallowe’en, Friday the Thirteenth, Nightmare on Elm Street), which left nothing to the imagination, and nary a haunted cupboard for poor old Hammer to hide in.

Hammer’s was always a distinctly British pleasure: campy gothic mansions, busty English virgins floundering wantonly at the hands of glowering gentlemen vampires and tension ratcheted by a heady collection of instantly recognisable tropes: bumps in the night, creaking staircases, candlesticks, quavering gas lamps and pale, cassocked children with faraway stares wandering menacingly in and out of the frame, all girdled with a patina of sauciness.

An increasingly thick patina as the years wore on: Just as Freddy Kruger was firing up the chainsaws and breaking out the hockey mask, Hammer was tipping into Carry-On territory. I don’t think Syd James appeared in a Hammer horror, but he convincingly spoofed one, and you fancy he might have turned in a memorably lecherous Van Helsing had the dice rolled differently. Not long afterward, Hammer folded.

All the same, Hammer remains a grand if not exactly solemn pilaster on the frontage of Britain’s cinema history. There’s an argument (which I may have just invented) that even Star Wars owes a debt to Hammer: Princess Leia, Darth Vader and Grand Moff Tarkin are archetypes which may as well have been lifted straight out of the Hammer playbook. David Prowse, Christopher Lee and Peter Cushing were longstanding Hammer alumni.

Thirty years or so later, it seems, like its own ghoulish progeny, that Hammer cannot die. Indeed, it seems in rude health, if its new production The Woman In Black is anything to go by.

The film delivers all the old Hammer features in spades. And candles, self-rocking chairs, overgrown moonlit graveyards and macabre clockwork dolls. If I had to point up a reservation, I would say it was short a fruity Susannah York in a rippable bodice – but otherwise it nails the Hammer idiom for the twenty-first century.

Effective and (mostly) discrete employment of CGI bestows the Woman in Black a gorgeous, stylish look, and the production design is magnificent, from the dark panelled offices from which struggling articled clerk Arthur Kipps is dispatched to the provinces, Jonathan Harker-style, to sort out the papers of a deceased lady’s estate, to the majestic tidal sweep out to her mansion perched on a rock resembling St. Michael’s Mount and as joyously gothic as any haunted house you’ll ever see.

Now I mentioned the continued prosperity of two great British cinematic institutions: the other, of course, is the beloved boy wizard Daniel Radcliffe, played to such memorable effect in the eponymous film franchise by young Harry Potter.

Few film fans haven’t fretted about Potter’s chances of escaping the Radcliffe typecast. It is a weighty burden indeed to have played such a definitive character so early in one’s career. These first post-Radcliffe films are a make or break for Potter’s prospects of cinematic longevity.

In that regard, The Woman In Black is both a good and a bad choice.

Bad in that, being set in an up-country Gothic pile and having a supernatural context, it is hard not to read in some of the Hogwarts idiom: that Arthur Kipps reaches it aboard a steam train from King’s Cross seems almost intentionally referential.

Good, though, in that the Hammer style relies for its impact mostly on its direction, staging, lighting, editing, sound and production design: almost anything but acting. The film requires little of its lead: if anything, more is asked of the supporting characters. They must (and, thanks to nicely understated performances from Ciarán Hinds, Shaun Dooley and Roger Allam, do) project a discomfiting weirdness on proceedings. The unwilling hero, Arthur Kipps, must instead be a blank canvas. We are expected to project ourselves on to Kipps: that’s how we become caught up in the suspense. Potter’s admirably colourless performance is pitch-perfect in this regard – faint praise, I dare say – but if he is to lose the Radcliffe tag, this is the way to do it. In fairness to the young wizard, for large parts of the screenplay he is the only character on screen: there are only so many acting chops you can show off by creeping along an empty corridor.

There is, of course, one character trait Kipps must have that his audience lacks: a complete lack of judgment upon encountering eerie phenomena.

Say you’re alone, marooned by tidal mudflats, in the grounds of a deserted Gothic mansion and armed with only a box of matches and a cocker spaniel. Dusk is falling, and from nowhere a vigorous clanking starts up in the upper part of the house. Popping outside to investigate, you catch a ghostly face at a top floor window out of the corner of your eye. You must not, as would a prudent audience member after the merest moment’s consideration, make at once to the shore and start swimming for your life. You must instead take your box of matches and investigate, to the accompaniment of loud, discordant incidental music, even though you ought to know your matches will surely fail. The idiom requires it.

This makes for a superbly thrilling visual experience. No matter how transparent the director’s intention, it is impossible not to be caught up. There were, at my preview screening, professional film critics watching through their fingers. If there had been sofas they would have been leapt behind. A boy of 14, who had been a bit cocky as the film opened, migrated to his father’s knee and buried his face in the man’s neck.

Kipps approaches a peephole and looks in. The entire theatre knows exactly what is coming next: a ghoulish face will flash close-up and an explosive scream will jolt the theatre. But when it comes you still jump out of your skin. This is fully exhilarating. The tension and release is orchestrated expertly by director: it is a very, very, good piece of film making.

The ending is unusual and, I thought, a little flat, but on reflection I thought it deftly handled, though exactly how I don’t feel able to say.

So how to grade The Woman In Black, then? It is expertly edited, framed, lit and directed. It is fully cognisant of its own pedigree, of which it sees the funny side. It does feel short a vulnerable fruity maiden or two. But by comparison with Rebecca Hall and Dominic West’s recent The Awakening – in concept a very similar film – it is vastly superior. It is no Citizen Kane, but nor is it trying to be. That is not a sensible standard to hold it against. And it represents a sure first step in the emancipation of Harold Potter.

Reason enough for a full slate.