As summer fades away and the nights close in, the world of cinema embarks on its annual awards season. It’s a march that culminates in the Oscars at the end of February, taking in countless ceremonies along the way. Before that though comes the Toronto International Film Festival, TIFF to its friends; a yearly event that has gone a long way towards establishing itself as the platform to kick off Oscar runs.

The 41st edition launches on 8th September, running through to the 18th. Hundreds of films will play in Canada’s biggest city, a combination of splashy new releases and the best of the year from previous festivals. As ever with TIFF, Hollywood glamour mixes with innovative and exciting filmmaking from all over the globe, and while several of the films showing here will inevitably end up winning big come Oscar time, there’s plenty more going on.

Let’s start with the big though. TIFF opens this year with a remake of The Magnificent Seven. Everyone’s new favourite leading man, Chris Pratt, joins a top-notch cast including Denzel Washington and Ethan Hawke. Elsewhere, monsters abound in sci-fi thriller Colossal starring Anne Hathaway, and unsurprisingly in A Monster Calls, an adaption of Patrick Ness’ hit novel that brings the likes of Sigourney Weaver, Felicity Jones and Liam Neeson together to help a troubled young boy. Fresh from Venice at the start of the month, La La Land, Damien Chazelle’s attempt (extremely successfully if reviews are anything to go by) to bring back golden-age musicals with Ryan Gosling and Emma Stone plays, alongside Denis Villeneuve’s first contact sci-fi thriller Arrival. Expect to hear a lot about both in coming months. 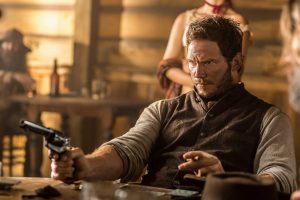 On the big-name biopic front, Oliver Stone’s Snowden, headlined by Joseph Gordon-Levitt, finally premieres, as does LBJ, a new film about America’s 36th President with Woody Harrelson taking up residence in the White House. There’s also a welcome return for Tom Ford with dark crime drama Nocturnal Animals, and acclaimed Irish director Jim Sheridan with the Rooney Mara and Vanessa Redgrave starring The Secret Scripture set in a mental hospital. Even Gerard Butler will be there adding some excitement to the recruitment business in The Headhunter’s Calling. Look out as well for A United Kingdom. Amma Asante’s latest focusses on the marriage between Botswanan President Seretse Khama and white English woman Ruth Williams Khama. David Oyelowo and Rosamund Pike play the unlikely couple.

Not everything is new at Toronto. It’s also the place to catch up on the best films from Sundance, Cannes and Berlin earlier in the year. Andrea Arnold’s tale of a travelling magazine sales crew, American Honey, comes town, as does Kenneth Lonergan’s Manchester by the Sea. The Birth of a Nation, a winner at Sundance, will show amidst the controversy surrounding director Nate Parker. There’s also an intriguing adaptation of Sarah Waters’ novel Fingersmith from South Korean filmmaker Park Chan-wook. The Handmaiden relocates the action from the Victorian era to 1930s Korea.

High-end art house cinema also shares the screen with gloriously pulpy material. Toronto comes with a Midnight Madness strand that will see new work from Paul Schrader (Dog Eat Dog), the latest from Trollhunter director André Øvredal (The Autopsy of Jane Doe) and terrifying high concept killing in The Belko Experiment. There’s even a new Ben Wheatley thriller, Free Fire, in this category. And if you like a little real life in your cinema, plenty of documentaries will show from I Am Not Your Negro, taken from James Baldwin’s unfinished last novel, to Jim Jarmusch’s look at The Stooges in Gimme Danger and unlikely surfing enthusiasts in Gaza Surf Club.

It should be pretty clear there’s no shortage of exciting cinema at TIFF. Make sure to check back with us as we do our best to keep on top of it.