Each year the BFI announces the recipient of its highest accolade – the BFI Fellowship – at their annual awards evening, which takes place during the London Film Festival.

The presentation of one of the industry’s most prestigious awards – which this year takes place at a ceremony at the Banqueting House, on Saturday 14th October – will be to the British film director, producer, screenwriter and former journalist Paul Greengrass. The man behind such diverse productions as The Bourne Supremacy, Captain Philips and Bloody Sunday, has been involved in the TV and film industry for forty years, has forged a career which has seen him win several international awards for is work, including the Berlin International Film Festival’s Golden Bear and BAFTA’s Best Single TV Drama award. 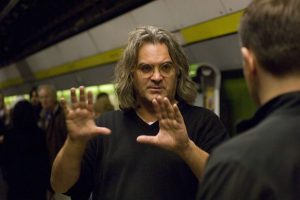 Speaking on the announcement of the award yesterday, Greengrass said: “I’m honoured and thrilled to receive the 2017 BFI Fellowship. The BFI does an extraordinary job, leading our industry both nationally and internationally. It is a beacon of excellence, and most importantly an imaginative and committed champion of new talent. On a personal level, I’m particularly touched, as the BFI has always supported my career and Bloody Sunday was financed through the National Lottery 15 years ago. Like so many people in our industry, I owe this wonderful organisation an enormous debt.”