There is still over a month before the highlight of the capital’s film calendar starts, but news of which films and events will be given pride of place at this year’s BFI London Film Festival are already leaking out.

The festival – celebrating its 61st birthday in 2017 – prides itself in showing an eclectic selection of films from around the world, and this year’s event promises to be as groundbreaking as ever. 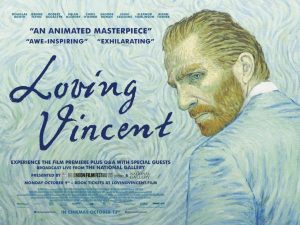 One of the highlights of the festival looks to be Loving Vincent (2017), the new British / Polish animated feature which charts the life and death of artist Vincent Van Gogh. Featuring the voice talents of Helen McCrory, Saoirse Ronan, Chris O’Dowd and Robert Gulaczyk, the film will be broadcast live on the 9th October from the National Portrait Gallery in London to cinemas across Britain. The film will be then be released generally in the UK and Ireland by Altitude Film Distribution on the 13th October. 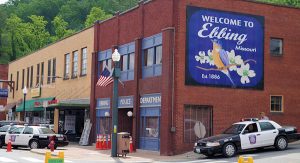 This year’s Closing Night gala – always a festival highlight – will be the UK premiere of Academy Award winning director Martin McDonagh’s black comedy Three Billboards Outside Ebbing, Missouri (2017). Featuring Frances McDormand, Woody Harrelson and Sam Rockwell, this crime / drama focuses on the divisions and conflicts in the heart of small-town America, and is set to provide a fitting close to an annual festival which speaks to the public with the forceful voice that only cinema provides.

Full details of the 61st BFI London Film Festival can be found on the BFI website at: www.bfi.org.uk/lff

For our regular news updates and coverage of the festival, check the Flickfeast website.

PrettyFresh and the BFI – Sonic Cinema