You know it’s almost time for the BFI London Film Festival when, as a member of the press, you receive your invitation to the annual event’s programme launch. Held each year – about a month prior to the festival – this is an opportunity for the world’s film press to convene on the Odeon cinema in London’s Leicester Square, where they’re treated to a host of trailers and clips from the wide range of films which will be showing when the festival opens to the public in October. The launch of this year’s festival (the 61st) was held on the 31st August, and revealed what promises to be an eye opening, mind blowing and boundary breaking event. 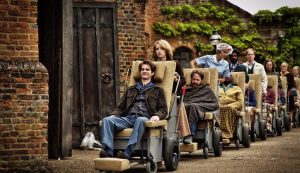 Following refreshments and a welcome from the BFI’s CEO Amanda Nevill, the Festival Director Clare Stewart took those assembled on a whistle-stop tour of the films which will be showing: from the 4th October’s Opening Night Gala screening of director Andy Serkis’ period drama Breathe (2017) starring Andrew Garfield and Claire Foy, to a showing of Three Billboard’s Outside Ebbing, Missouri (2017), the new comedy drama by filmmaker Martin McDonagh featuring Frances McDormand, which will bring the festival to a close eleven days later.

In the interceding days there will be a host of films screening from around the world to suit all tastes, including those showing in the FAMILY section like the French animated production Ivan Tsarevitch and the Changing Princess (2016), or the documentary 78/52 (2017) from the CULT section which looks in detail at the filming of the Psycho (1960) shower scene – perhaps the most famous murder in cinema history. 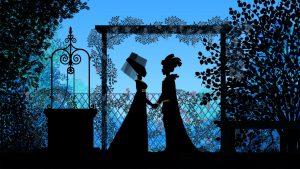 As well the various sections and strands which run throughout the duration of the festival, there are also a number of gala presentations, rediscovered and restored treasures – including the classics Mildred Pierce (1945), A Matter of Life and Death (1946) and Saturday Night Fever (1977) – and an eclectic mix of productions entered in the various competitions including the: OFFICIAL COMPETITION – 120 BPM (Beats Per Minute) (2017); FIRST FEATURE COMPETITION – Summer 1993 (2017); DOCUMENTARY COMPETITION – Ex Libris – The New York Public Library (2017) and Gray House (2017). 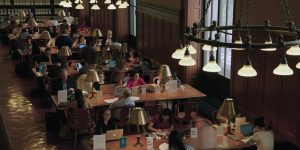 As Amanda Nevill has said ‘London has a big heart’, and with screenings of 242 feature films from 67 countries, it’s proving that it can stage a film festival to match.

Further details of the films showing at the BFI London Film Festival 2017 – which runs from the 4th to the 15th October – and how to book tickets, can be found on the BFI website at: www.bfi.org.uk/lff.