With a small, eclectic collection of Jury members, Cannes is prone to throw up surprises. The 68th edition has proven no different. Jury joint presidents Joel and Ethan Coen closed a dizzying week and a half of film by handing the Palme d’Or to Jacques Audiard’s relatively unheralded immigrant tale Dheepan. Not that there’s anything wrong with Audiard’s film in itself, it was just left in the shade by a number of superb efforts from around the globe.

At least the rest of the awards mostly namechecked the deserving. The Grand Jury Prize, Cannes’ runner-up trophy went to László Nemes’ astonishing Holocaust debut Son of Saul with Director going to Hou Hsiao-Hsien’s beautiful kind-of martial arts epic The Assassin. It was a surprise to see Cate Blanchett walk away with nothing for Todd Haynes’ 1950s lesbian drama Carol, but her co-star Rooney Mara is more than worthy of sharing Best Actress (with Emmanuelle Bercot who’s prone to go overboard in the poorly written Mon Roi). It was also no surprise to see Vincent Lindon get Best Actor for The Measure of a Man.

Cannes is about more than the end of show awards. Everyone has their favourites, though that’s unlikely to include the universally and deservedly derided The Sea of Trees that met with a chorus of boos in both press screenings. The weather held, stars turned up, festival dress code apparently forced women into high heels causing a mini-scandal, and the legendary screening queues proved as legendary as ever. Amongst it all, there were the films, and plenty shone. So to close out this year, here’s my top five (and one shocker): 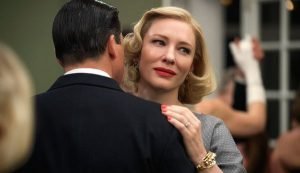 Adapted from a Patricia Highsmith novel, Haynes’ new film drew the most consistently rave reviews of the festival. An achingly beautiful 1950s romance, it shows the coming together of Cate Blanchett and Rooney Mara in a time when to love someone of the same sex was considered an act of depravity. The performances are perfect, the direction is perfect, the production design is perfect, the costumes, music and cinematography are perfect. You get the theme right? It’s perfect. 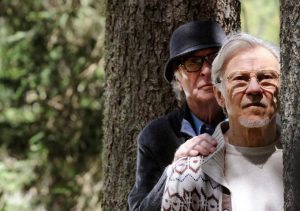 No such unanimity for Paolo Sorrentino’s follow-up to the breathtakingly brilliant The Great Beauty. My screening saw boos, cheers and puzzlement. Moving back into English after one previously mixed attempt, Youth deals with aging, artistic creation and the value of life through Michael Caine’s retired composer and Harvey Keitel’s veteran filmmaker (amongst others). The script has moments of lunacy and it’s built mostly on a series of crescendos. Boy do they hit home. 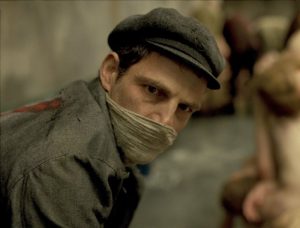 Before watching this film, be aware it’s a debut. This has to be pointed out. Nemes has produced an astonishing film that sticks close to Saul’s face as he attempts to bury his son amidst the chaos of Auschwitz. It’s hard, fast and as bleak as they come in its depiction of a world we should all be ashamed happened. There’s no happiness here nor should there be. But there is one hell of a film. 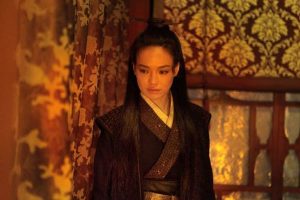 This was the screening in which I saw the most walkouts. I can only put it down to mistaken expectations. Ostensibly, The Assassin is a martial arts film about a female assassin in 9th century China. But it’s also a Hou film which means a composed, glacial pace and lavish shot composition. It contains some of the most impressive interiors I’ve ever seen, and if it relegates the fighting, that’s because it packs an anti-war message that wouldn’t really work were Hou to glamourise swordplay. This is an experience more than anything else, and one everyone should try. 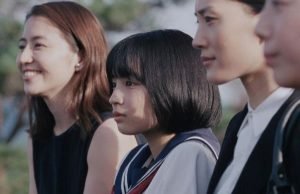 For my money, no one currently working in film can match Kore-Eda when it comes to intimate family drama. Our Little Sister is not his strongest, but we’re talking a very high bar here. Prone to the occasional detour, he still pulls out a number of deeply emotional scenes as three adult sisters gradually bond with their young half-sister while each grappling with personal problems. It’s the kind of film to wrap yourself warmly in.

One to Miss – The Sea of Trees (Gus Van Sant) 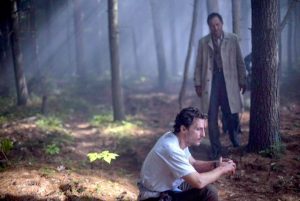 The first word from Van Sant’s new drama was not positive. It opened to a chorus of boos repeated later in my screening. And as much as I’m not one to boo myself, I could hardly argue. This is a woefully trite tale of a man who heads off to a magical suicide forest in Japan, a place he finds after Googling spots to die, only to discover he wants to live after all. Horribly contrived plot twists and half-baked spirituality mix with almost comical attempts to escape the forest that see Matthew McConaughey and Ken Watanabe manage to fall off cliffs every time they get close.  It’s good for a laugh, nothing more.