by Kevin Matthews
in Festivals

Yes, as you may have noticed already, it’s that time of year again. The time when Edinburgh is abuzz with movie screenings, movie audiences, and us pesky reviewers being as nice or nasty as each film seems to demand. And it’s a special birthday too, with the Edinburgh International Film Festival, starting today and ending on 26th June, now in its 70th year.

For those looking to pop along and join in the celebrations, you can look forward to some of the following:

In-Person events featuring Kim Cattrall, Dominique Pinon, Jeremy Thomas (a legendary producer responsible for, to name just one, Merry Christmas, Mr Lawrence – also screening here this year), and Kevin Smith (who is represented onscreen by both Holidays, an anthology movie he contributed to, and Yoga Hosers, which looks the very definition of crazy). 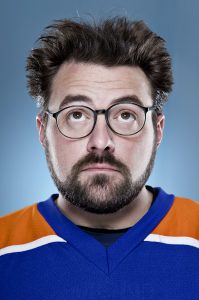 Films include opening night drama Tommy’s Honour, Whisky Galore closing the festival, and the usual eclectic selection in between, from every corner of the globe, but with that traditional focus on British talent. Macbeth gets an update in Macbeth Unhinged (the directorial debut from Angus Macfadyen), Taika Waititi follows up What We Do In The Shadows with the very different, but still hilarious and warm, Hunt For The Wilderpeople, there are documentaries covering Bugs and Gary Numan: Android In La La Land (as well as so much more), and classics being screened include Barbarella, Flash Gordon, Highlander, Betty Blue, Diva, and Trainspotting. You want shorts? We got shorts. Although I tend to neglect the short programmes in favour of the features, I am reliably informed that there is always a fantastic selection to eat up your time. You want something for the kids? Take them to see The Canterville Ghost, or Finding Dory, if you’re lucky and early enough to get a ticket.

A Focus On Finland, a new work from Mark Cousins, the standard experimental intrigue of the Black Box programme. It’s all here.

And, as if that wasn’t enough, fans MIGHT just have been able to catch a glimpse of Danny Boyle and co. working on Trainspotting 2 here in our fair city. Not part of the festival directly, of course, but it’s fitting that there’s such a sense of excitement and anticipation for this sequel at a time when the original is being celebrated 20 years on. 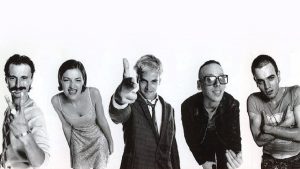 So, after all that, choose life, choose the silver screen, choose attending EIFF 2016 and helping to celebrate 70 glorious years of cinematic tasty treats, with hopefully 70 more still to come. Oh, and choose Flickfeast to guide you through it.