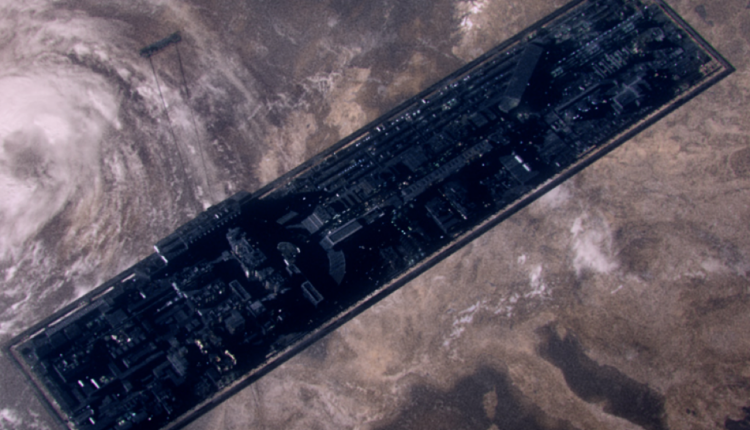 For a country known for Girls With Dragon Tattoos and Dancing Queens, Sweden asks you to take a chance on sci-fi epic Aniara. And this winner takes it all as it is one of the best films screened at the Edinburgh International Film Festival.

Based on an epic science fiction poem written by Harry Martinson, the titular Aniara is a luxury passenger spaceship bound for Mars. When an accident causes them to jettison their fuel, the ship begins a new voyage into the empty void of space. There the inhabitants of the ship will slowly lose their grip on their sanity and humanity.

The Aniara itself is impressively designed. From the outside, the special effects are excellent but used sparingly. The bulk of the action takes place in the main levels of the ship which is part-hotel, part-shopping mall.

For an epic that transcends the boundaries of space and time, the film needs something to anchor the audience to. That anchor is Mimaroben (MR) (Emelie Jonsson), one of the employees of the cruise vessel.

Life on Aniara starts off like any other voyage. Being blanked by her crush, moaning about management and hawking her AI holodeck experience MIMA to uninterested travellers.

Once the gravity of the situation sets in, she becomes inundated by passengers looking for any way to maintain a link to home. However even the AI gives up on the passengers, unable to deal with their pain and negative emotions.

Jonsson is excellent as her character evolves through the chapters of the story. As time passes from “Week 3” to “Year 6 – The Cults”, “Year 10”, MR evolves from potential saviour to subject of hatred when MIMA dies. Ultimately becoming an object of religious fever when the shit eventually hits the fan and she is one of the few who keeps her head (and hope).

One should not expect Poseidon Adventure-style escapes or The Martian-style rescue missions. This is a deep, probing meditation on the acceptance of one’s place in the universe. Directors Pella Kagerman and Hugo Lilja have more affinity with existential sci-fi like Solaris, Interstellar and Claire Denis’s High Life. All films that know that the journey is more important than the destination.

Aniara might be a ship without a destination but this film is ultimately destined to become a timeless sci-fi classic.