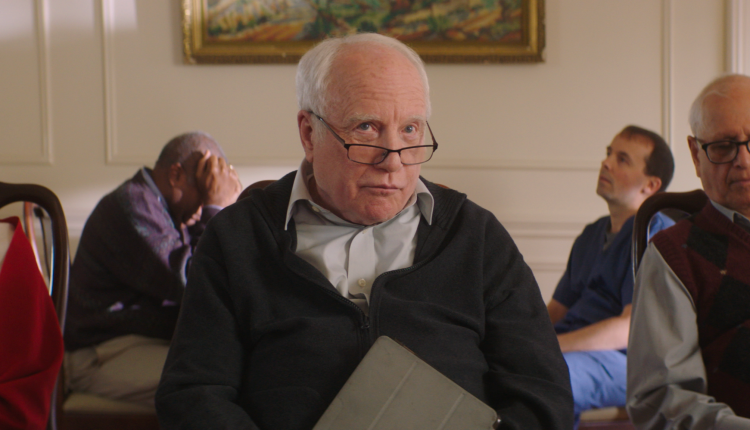 2019 sees the 50th anniversary of Apollo 11 moon landing and writer-director Shelagh McLeod‘s debut feature Astronaut shows that the desire to reach for the stars remains strong.

McLeod was inspired by the image of an old man at a retirement home gazing up at the stars looking for “another chance”. The film follows Angus Stewart (Richard Dreyfuss) as he attempts to win a competition to go into space.

Encouraged to enter by his grandson, Astronaut initially plays out as a spin on Willy Wonka and the Chocolate Factory. If that movie had Charlie helping Grandpa Joe win his golden ticket.

Similar to that film where Grandpa Joe needed a push to get out of his bed, the chance to fulfill a lifelong dream of becoming an astronaut give Angus a new purpose in life after his family pack him off to a retirement home.

But when Angus’s past as a civil engineer and geologist gives him doubt over the safety of the mission, he tries his best to avert disaster.

McLeod’s tender, heartfelt script shows the audience that the older generation still have lots to offer and achieve in society.

Richard Dreyfuss certainly proves that at the age of 72, he still has “The Right Stuff” with an out of this world performance will move you to tears.

There are parallels with The Wrestler and Black Swan but also Close Encounters Of The Third Kind. Yet where Dreyfuss’s character’s obsession cost him his family in that film, here it ultimately bring Angus’s family together.

JFK said “We will go to the moon… not because it is easy but because it is hard“. Astronaut is film where the hard work pays off with a heart-warming tale of never given up on your dreams.