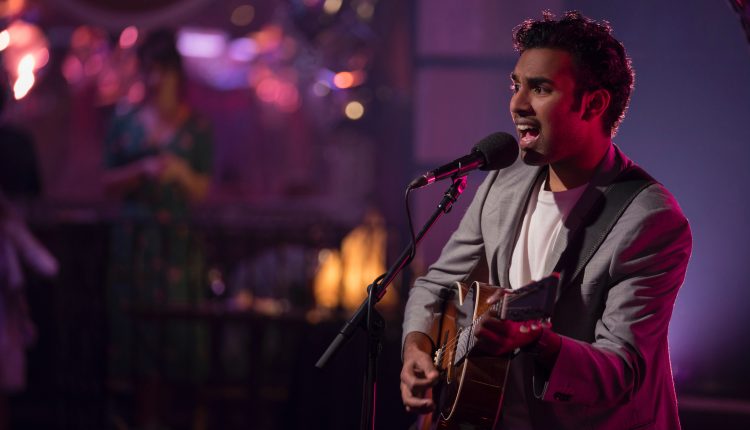 Yesterday. All of Jack Malik’s troubles seemed so far away. After A Hard Day’s Night and a freak worldwide blackout, struggling musician Jack finds that, Ob-La-Di, Ob-La-Da, life goes on and he is the only person that remembers the music of The Beatles.

Forget the long and winding road, Jack is taking the fast track to success. Passing the songs of The Fab Four off as his own to achieve instant fame and Money (that’s what I want).

There is a lot of fun to be had from the concept, which doesn’t just extend to The Beatles’ back catalogue.

A star is certainly born with Hamish Patel shining bright in this breakthrough role. His awkward charm gains the audience’s sympathies to his plight of achieving his dream, even if built on a lie. Plus his chemistry with Lily James, who plays his best friend/former manager, sells the romantic subplot as well as the tunes sell records.

Danny Boyle proves himself once again to be one of Britain’s most versatile directors. Delivering a fantastical romantic comedy as easily as he produces science fiction (Sunshine), horror (28 Days Later) and survivalist drama (127 Hours).

Yet the main artistic vision that comes through is screenwriter Richard Curtis. Cue celebrity cameos that should have stayed as cameos (Ed Sheeran), the obligatory Spike from Notting Hill-esque character and mad dashes across cities for declarations of feelings.

At its heart, as with all of Curtis’s movies, it all boils down to this. A guy standing in front of a girl, asking her to Love, Love Me Do.

Yesterday might be an unforgettable pop song but the film itself is unlikely to stick in the mind. It is a likeable film but for it to become a classic, it doesn’t give you a reason to love it. After all, All You Need Is Love.