by Katie Smith-Wong
in Festivals

As the snow melts and spring finally starts to make an appearance, what is that multi-coloured juggernaut on the horizon? It’s only the 12th Flatpack Film Festival…

After many months of running after films, writing enthusiastic verbiage and peering at spreadsheets, we are delighted to reveal the programme for the 12th Flatpack Film Festival (13 – 22 April 2018).

Bulging at the seams with over 100 events at venues across Birmingham city centre and Digbeth, it’s going to be epic. (Thanks also to Made Media for our lovely new website.)

The festival’s opening weekend will feature an eye-opening, city-straddling series of screenings and events delving into 1968, a turbulent and culturally fertile time for the city. On Saturday 10 March a lovely crowd gathered to kick the whole thing off at Ort Gallery with the launch of photography exhibition Ghost Streets of Balsall Heath (open until 28 April), and over the next couple of weeks 68-related exhibitions will also be opening at MAC and BCU’s Parkside Gallery.

One of the highlights of this year’s festival is Paper Cinema’s Macbeth. A hugely popular attraction at past Flatpack Festivals, Paper Cinema have pioneered a unique form of live animation which combines puppetry, onstage video and live music to immerse the audience into a two-dimensional world. Acclaimed on its Edinburgh debut last summer, this is one of the first opportunities to catch Macbeth on the road. 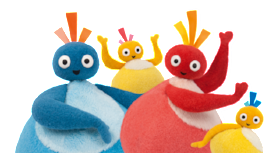 There are activities and events for all ages during the festival. Colour Box is a jam-packed weekend of family-friendly events and activities. There will be hands-on workshops, special screenings and performances which we hope will inspire the next generation of filmmakers. 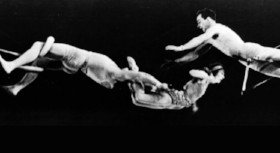 Rare screening of the 1925 box office smash, accompanied by live acrobatics from RoguePlay and live music by Stephen Horne and Martin Pyne.

Ragdoll head honcho Anne Wood reflects on her amazing career and some of the work that has inspired her along the way.

The highly coveted FLATPASS returns for Flatpack 12, offering ultimate access to the festival. Flatpasses are limited, so buy yours now to avoid missing out on this cracker of a deal.

Flatpack brochures are available across Birmingham from this weekend. Pick yours up at festival venues including the Electric, MAC and Ort Gallery.

An interview with Adrian Vitoria