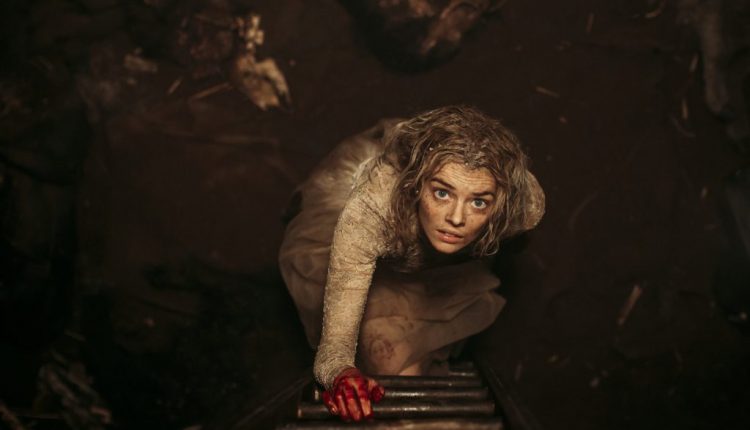 What is it with this modern obsession amongst genre filmmakers to produce horror films with intricate plots and deep, psychological backstories, which simply feel like they’re included merely as a means to justify the increasingly gratuitous violence and bloody mayhem which unfolds on the screen? Instead the result often confuses the viewer, leaving nothing more than a nasty taste in the mouth and no desire to ever watch the film again.

So how refreshing when something comes along which makes no pretence at being something it isn’t. Instead it simply sets out to have some good, old fashioned fun, with a few scares along the way to spice things up. Take Ready of Not, the new horror mystery from directors Matt Bettinelli-Olpin and Tyler Gillett and writers Guy Busick and Ryan Murphy. The story follows young bride Grace (Samara Weaving), who is in for a shock on her wedding night, when she discovers the gruesome secret behind an initiation ceremony inflicted upon all new members to the eccentric family of her husband Alex (Mark O’Brien).

And really that’s it. To reveal more of the premise or play out of Ready or Not would spoil what amounts to little more than a one-trick pony. The film consists mainly of an elongated chase during which Grace tries to evade a menagerie of Alex’s grotesque relations and their devoted staff, who will stop at nothing, using any means available, to make sure the hapless newcomer doesn’t take it to the morning let alone her first wedding anniversary. The simplicity of the storyline however, allows for plenty of time to focus on some wonderfully over-the-top, wince inducing murders and mutilations, utilising every conceivable weapon from crossbow and axe to 12 bore shotgun and dumbwaiter (make of that what you may!) along the way.

With a marvellously batty cast – including a beautifully bitchy Andy McDowell as Alex’s mother Becky, and Canadian actress Nicky Guadagni as his deliciously demented Aunt Helene – there are enough wonderfully weird characters here, to make any sane would-be-bride think twice about taking their vows to join this family. But, fortunately, Grace proves a little off kilter herself, and the resulting ninety five minutes of manic fun is guaranteed to leave viewers with a smile on their faces, which is what all really good horror should do.