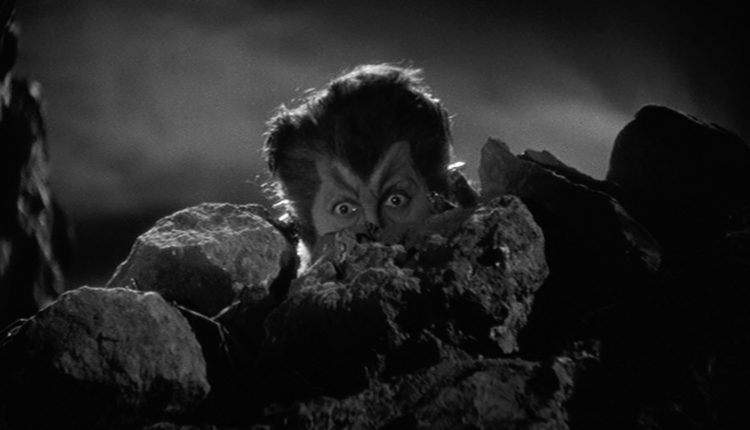 It has become something of a tradition in recent times, for Frightfest to release a movie guide to coincide with their main event in August each year. Since the first guide appeared three years ago they have covered everything from Exploitation and Monsters to Ghosts.

This year the organisers decided to take the old horror staple, the Werewolf, as their subject matter, resulting in a beautifully produced film book which leaves no area of lycanthropy unexplored.

Author, journalist and occult specialist Gavin Baddeley knows one or two things about the sinister and macabre, so was an ideal choice to pen the book. After giving the reader a brief background and history to all things Werewolfish, he leads us through a history of the Wolf Man (and woman) as seen on the silver screen. From Hollywood’s golden age of horror with such familiar classics as The Werewolf of London (1935) and The Wolf Man (1941) to modern interpretations like Underworld: Awakening (2012), via such obscurities as the made for TV movie Scream of the Wolf (1974), few hairy stones are left unturned.

Whilst the inclusion of cult comedy Carry On Screaming (1966) sits alongside more recent family friendly fare like Hotel Transylvania (2012), this book is nonetheless (as you’d expect) rather graphic in its coverage. This aside, Baddeley’s enlightening contribution makes for a worthy addition to the ever-growing and highly collectible Frightfest library.

The Frighfest Guide to Werewolf Movies by Gavin Baddeley, is available to order directly from the publisher FAB PRESS at: https://www.fabpress.com/frightfest-guides.html