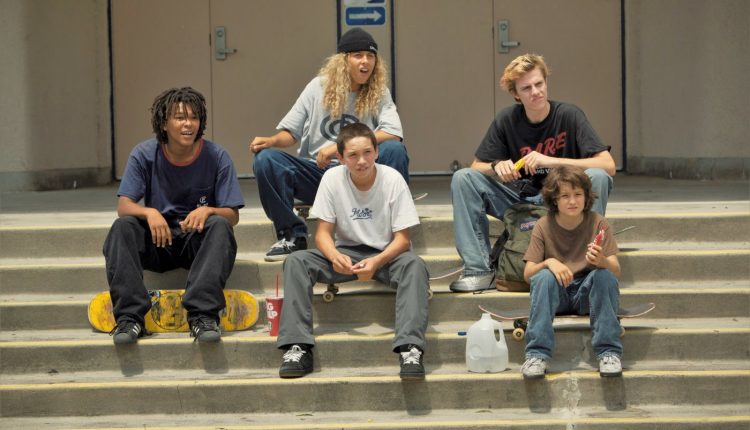 If you are a fan of the TV series Spaced, you may remember a scene where Tim and Daisy bond over watching skate videos. The two make increasingly audible and physical reactions as the hits people take coming off their boards get more extreme.

The audience was one singular voice. Reacting in unison with uproarious laughter one minute; shock and horror the next as the lead character Stevie (played by Sunny Suljic and based only slightly autobiographically on Hill), learns to face what life throws at him. Whether that be ollies, grinds, girls or punches; he must pick himself up and get back on the board.

It’s a testament to Jonah Hill’s directorial debut that you believe Mid90s was filmed in the mid-1990s.

Shot entirely on 16mm, it has the look and feel of the skate videos that the character of Fourth Grade wants to produce. It is as close as you may get to recapturing that experience outside of playing Tony Hawk on PlayStation.

Soundtracked by some of the period’s greatest hits (who didn’t have a copy of Nirvana’s MTV Unplugged gig?), Hill showcases real talent behind the camera. Particularly during a house party scene that features some Superbad use of editing and camerawork. Now that is superbad meaning good, as was the vernacular in the Nineties.

There is a rawness to the film that is reminiscent of Larry Clark’s Kids. Although it is not as extreme or exploitative, it is honest in its portrayal of youth culture at the time.

Mid90s is about finding your place in this world. Jonah Hill may have found his place in the industry as a writer-director rather than an actor based on this debut.

Fighting With My Family (2019) Film Review