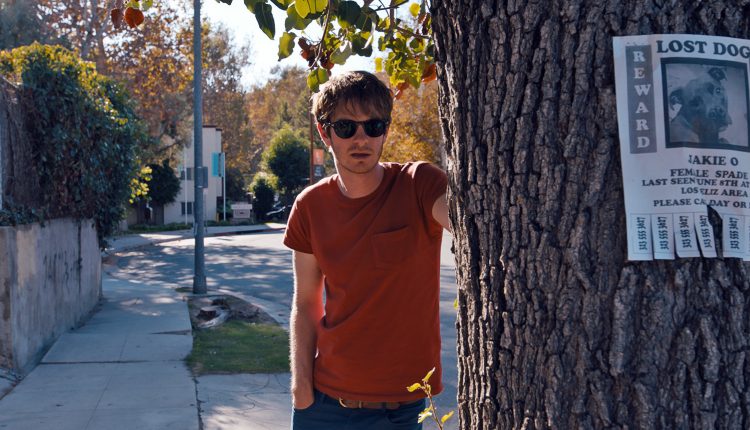 Under The Silver Lake is a head-scratching, noodle-baking, modern-day film noir from writer-director David Robert Mitchell.

It Follows breathed new life into the ‘stalk ‘n’ slash’ horror genre while simultaneously paying homage to its roots. Mitchell puts a similarly affectionate but updated spin on this story of a boy investigating the disappearance of the girl-next-door – imagine Chinatown filtered through the lens of David Lynch’s Mulholland Drive.

Andrew Garfield’s Sam is cinema’s most deadbeat bum of an amateur sleuth since The Dude suffered a case of mistaken identity in The Big Lebowski.

A young man of unknown employment, he spends his days on his balcony watching his neighbours like James Stewart in Rear Window or reading community-based conspiracy theories in fanzines.

Garfield is superb as the cracks in his sanity begin to widen as his quest to find out what happened to Riley Keough’s femme fatale Sarah takes him further and further down the rabbit hole that is the Hollywood counterculture scene.

Everywhere he turns, there are strange symbols, codes and oddball characters that inhabit this off-kilter version of Los Angeles.

The cinematography makes L.A. look as beautiful and hopeful as La La Land. Conversely, the score by Disasterpiece evokes an old Hollywood vibe reminiscent of L.A. Confidential or The Blue Dahlia.

Under The Silver Lake will prove baffling, confusing and impenetrable to many but for those who can crack the code, a neon-noir masterpiece awaits them.